Behind the Scenes with Huntington, West Virginia 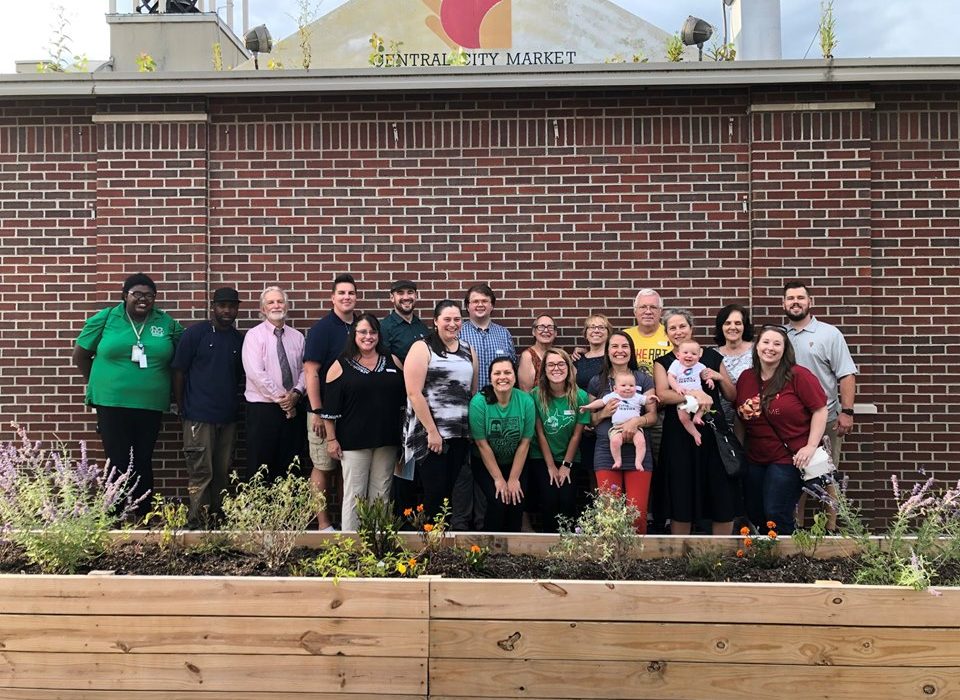 In addition to repairing homes and transforming public spaces, the Love Your Block team in Huntington, West Virginia, built a strong foundation for its program.

Huntington, like the other cities in the 2018-2020 Love Your Block cohort, spent much of the first year of their program working with Cities of Service staff to refine its program—defining the roles of the AmeriCorps VISTA members, determining exactly what kinds of projects to include in Love Your Block, and recruiting partners.

“We also had to negotiate a lot of expectations in the neighborhood about what could be funded.  All of that was really important but took a lot of that lead up to year one starting,” explained Bre Shell, Planning Director for Huntington. “This year we’re feeling optimistic.”

The Huntington Love Your Block program offers mini-grants to neighborhood organizations and block clubs in West Huntington to help them revitalize their community and fight blight. Applications opened on February 1.

Last year’s projects included turning a vacant lot owned by a church into a community space, spearheaded by the Children’s Home Society of West Virginia. There were also four enhancements of public spaces, such as community gardens and repairing signs. The program offers small-scale home repairs, and they hope to increase the number of applicants this year.

“I’m starting to see names of residents that the AmeriCorps VISTA members are meeting and engaging with on social media that I don’t know,” said Shell. “I’m hopeful we will be able to connect with new champions and people doing exciting work.”

One of those new names is Amber Edwards, who received a flyer in the mail.

“Immediately when I found out about Love Your Block I jumped online,” Edwards said. Born in West Huntington, she moved back to the city with her husband a few years ago. “I think this is the kind of thing that’s going to make a change, getting individuals to bring ideas to the table and coming together to make it happen.”

She attended the West Huntington Neighborhood Organization (WHO) meeting, where Cities of Service AmeriCorps VISTA members, Charlotte Riestenberg and Sarah Short, were helping residents fill out applications for mini-grants.

“I think this is the kind of thing that’s going to make a change, getting individuals to bring ideas to the table and coming together to make it happen.”

The program has become more familiar to residents in its second year, but the city is still reaching out and promoting the program widely. “Sarah and I have been working pretty hard to spread the word,” said Riestenberg. “A lot of people think it’s a great thing.”

Their efforts include sending out flyers to residents of the West Huntington neighborhood, planning a trolley tour of Love Your Block project sites from year one, and showing up at community meetings.

Edwards brought along her friend to the WHO meeting, and she’s been helping to let others know about the program.

“I grabbed a handful of applications as I was going out the door,” she said. “I’ve been canvassing the neighborhood.”

The presence of the AmeriCorps VISTA members has played an important role in getting buy-in from residents. The goal of the mini-grants is not just to purchase supplies, for example, but to engage the community in a larger problem-solving endeavor. 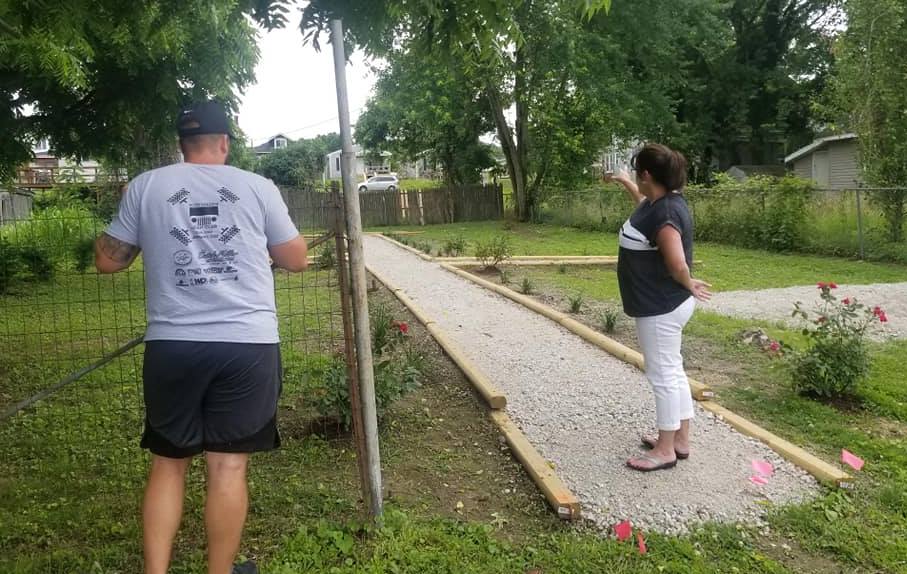 Huntington was hit hard by the opioid crisis, the West Huntington neighborhood especially so. Programs that engage residents, like Love Your Block, have been shown to improve the health and resilience of the community by connecting residents to each other, resources, and city leaders.

“Not a lot of people in this area have money to put toward beautifying their house,” said Edwards. “They’ve been so used to sitting by the sidelines and not empowered to beautify their house.” Love Your Block is changing that.

Community members occasionally push back, mainly online, asking why the city is focusing on smaller-scale neighborhood improvements like this.

“Any time we get a negative comment or something like that, we approach that person. We invite them to be a part of what we are doing,” explained Riestenberg.

“With Love Your Block you can help your community and better your neighborhood. You can do it with your own two hands.”

Support from inside and outside city hall has made a big difference in this endeavor. They enlisted City Manager Hank Dial, a former police chief and West Huntington native, to create a video, for example. A respected member of the community, when he explains that Love Your Block is part of a larger effort to improve the community, people listen.

“We definitely have these blunt force tools in our toolbox,” said Shell. “A demolition program is great if you need that, but we also want to keep properties from falling into disrepair.” That’s why Love Your Block is offering small home repairs.

Connections with the Cities of Service team and other Love Your Block cohort cities have also been a big help to the Huntington team as they ramp up their efforts. They expect to lean more heavily on those relationships in year two.

“Now we can actually take advice from other cities and tweak it and apply it a bit better,” said Shell.

The team has already taken a trip to Hamilton, Ohio, to learn about their program. Hamilton, like Huntington, provides small exterior home repairs through its Love Your Block program. Finding projects that are the right scale and can be safely done by volunteers is not always easy, and it’s helpful to have the example of other cities.

Huntington has also begun to work with local trade unions, such as carpenters and painters, to help with the repairs. Partners are an important part of every Love Your Block program’s success.

“The United Way has been super helpful,” said Short. “They have this website volunteer system. It’s going to be really simple to measure volunteer hours.”

The city is constantly working to improve the program. Guided by survey results and conversations, they’ve made the application process easier and their messaging clearer. Feedback from people like Leslie Petteys, who was initially a critic, but is now a program participant and supporter, has been essential.

Local media appearances have also given the program a boost. They’ve already shown up on the local NBC morning show.

With applications coming in, all the work of city staff, Cities of Service AmeriCorps VISTA members, and residents like Amber Edwards is making an impact.

“I’m starting to see interest from my neighbors,” said Edwards. “With Love Your Block you can help your community and better your neighborhood. You can do it with your own two hands.”