Ben Wallerstein is the founder of Whiteboard Advisors, a unique research and communications agency focused on innovations in education, health and wellness. A frequent commentator on the intersection of policy and technology, Ben’s research and writing has appeared in The Washington Post, USA Today, US News, TechCrunch, EdSurge, VentureBeat, and The Huffington Post, among others.

Beyond Whiteboard Advisors, Ben serves on the Boards of Blyth-Templeton Academy, Washington, DC’s first “micro-school,” and the American Institute for Foreign Study Foundation. He has served as a judge for the Milken PENN Education Business Plan Competition, the Yale School of Management Business Plan Competition, and the 1776 Challenge Cup. In 2014, Ben curated “Three Minutes to Launch,” for the New York Times Schools of Tomorrow Summit. He serves on the B Lab education standards working group.

An active early-stage investor, Ben serves as a Senior Advisor to New Markets Venture Partners. He is also a member of the Advisory Council for Rethink Education and the investment committee for the Jefferson Education Accelerator at the University of Virginia.

Ben began his career as an aide to former Xerox CEO, David Kearns. 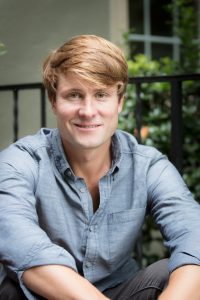