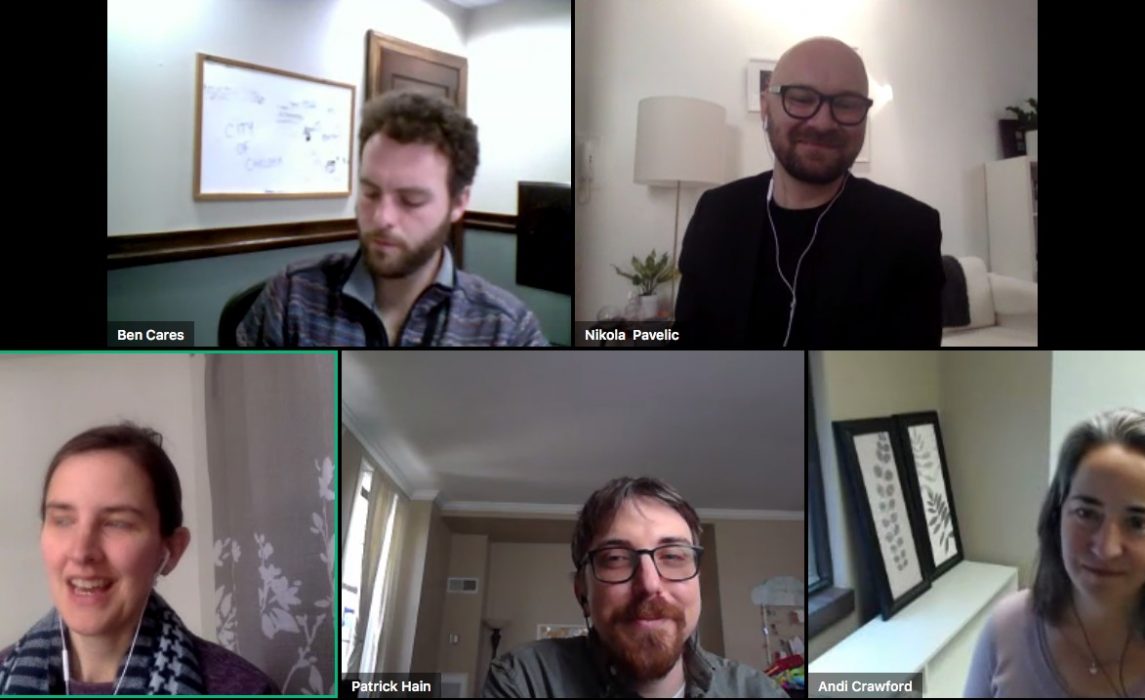 The COVID-19 health crisis has highlighted inequalities that leave many marginalized  communities vulnerable to food insecurity. As the rate of hunger increases dramatically, city leaders are using their existing infrastructure and partnerships and leaning on their strengths to address food insecurity.

“I think one of our highest and best purposes is that we can convene the appropriate people,” said Andi Crawford during our webinar exploring local approaches to food access. Crawford, Chief Innovation Officer and Director of Neighborhoods and Citizen Engagement for Lansing, Michigan, joined co-panelists Ona Balkus, Food Policy Director for District of Columbia; Ben Cares, City Planner for Chelsea, Massachusetts; and Patrick Hain, Program Manager, Economic Opportunity and Financial Empowerment for National League of Cities.

More than 300 city leaders and staff members from around the country attended the webinar. Panelists and attendees shared lessons they’ve learned and the strategies they are employing to serve the rising number of residents facing food insecurity in their cities.

Making 311 Into a Hunger Hotline

Many cities are utilizing 311 to connect with the community and better understand resident needs, including Chelsea, Massachusetts.

“Through the 311 operator system, and also through engagement with city councilors with special attention given to socioeconomic demographics of districts,” said Ben Cares, “we were able to… [determine] how we’re going to address food insecurity.”

They created an intake form to help city staff record information about demographics and location as residents called 311. They used that to direct their efforts toward populations most in need.

Local government in Washington, D.C., is also using 311 as a hotline to assess food insecurity and more.

“The hotline is like a comprehensive needs assessment,” said Ona Balkus. They collect information about community needs, including access to food, unemployment benefits, and even hygiene materials like toilet paper or diapers. The city then works with key partners to address these needs.

Every city has partnerships that have been developed over years. Cities are now deepening these relationships to tackle food insecurity.

Patrick Hain said that National League of Cities has seen this trend across the country, especially as cities try to reach populations that may not have strong connections to local government.

“When we talk about meeting the acute needs – whether it’s returning citizens, whether it’s immigrants, whether it’s those that just don’t have English as their native language – localities are filling that void with trusted partners.”

One of our highest and best purposes is that we can convene the appropriate people.

In Washington, city officials held daily – now twice-weekly – calls with their food-delivery partners, such as Martha’s Kitchen and DC Central Kitchen, to gain a clearer picture of the crisis.

“They’ve been really valuable,” said Balkus, “for us as government officials to understand the gaps that the on-the-ground service providers are seeing in terms of what populations are in need.”

Other cities, including Chelsea and Lansing, are relying heavily on their existing partnerships to quickly assess the needs of residents and deliver food and other necessities.

In the midst of this work, city leaders are being intentional about their contracts and where they put city funds, supporting local businesses when they can.

For example, Washington, D.C., has contracted a local grocery store and regional food hub to make resiliency boxes, which include 10 to 14 days worth of groceries for people who have been instructed to quarantine by a healthcare provider.

“We’re really proud of that partnership,” said Balkus. “The grocery store is locally owned. So we really wanted to be able to support them. And then the regional food hub similarly is employing a lot of residents, but also sourcing fresh locally-sourced produce from the region and supporting small farmers.”

These efforts boost the local economy and strengthen the community.

“What we’re really seeing here in particular,” added Crawford, “not just in the food space, but in every space, is the value of a local supply chain and how critical it is to support your local economy and to have local resilience.”

Learning as They Go

While cities are able to rely on existing infrastructure and relationships, the coronavirus pandemic has presented a number of unprecedented challenges on a large scale, and cities are learning as they go.

“We had to shift very quickly to understand how food systems work, understand how we’re going to get the deliveries out, how we’re actually going to do pop-up pantries,” said Cares. Chelsea has a relatively small staff, which made leaning on those partnerships and existing infrastructure all the more important as they moved forward.

The question is, what is the future we want to have and how can we make it happen?

Fortunately, these lessons will make the city stronger.

“[We are learning] a lot about how we can be better prepared next time with infrastructure,” said Balkus. “There was a lot of scrambling to find unused church basement and school and restaurant kitchens that were closed that somebody could get into to make a thousand meals. And I would like to have a plan for that next time.”

In the midst of a difficult time, city leaders hope that the crisis can lead to lasting change. Reducing food insecurity, which was a major problem before the pandemic, is just one way cities can change for the better.

“It creates a larger opportunity to create the future that we want,” said Hain. “We were not filling all of the needs within our community. And so [the question is], what is the future we want to have and how can we make it happen?”