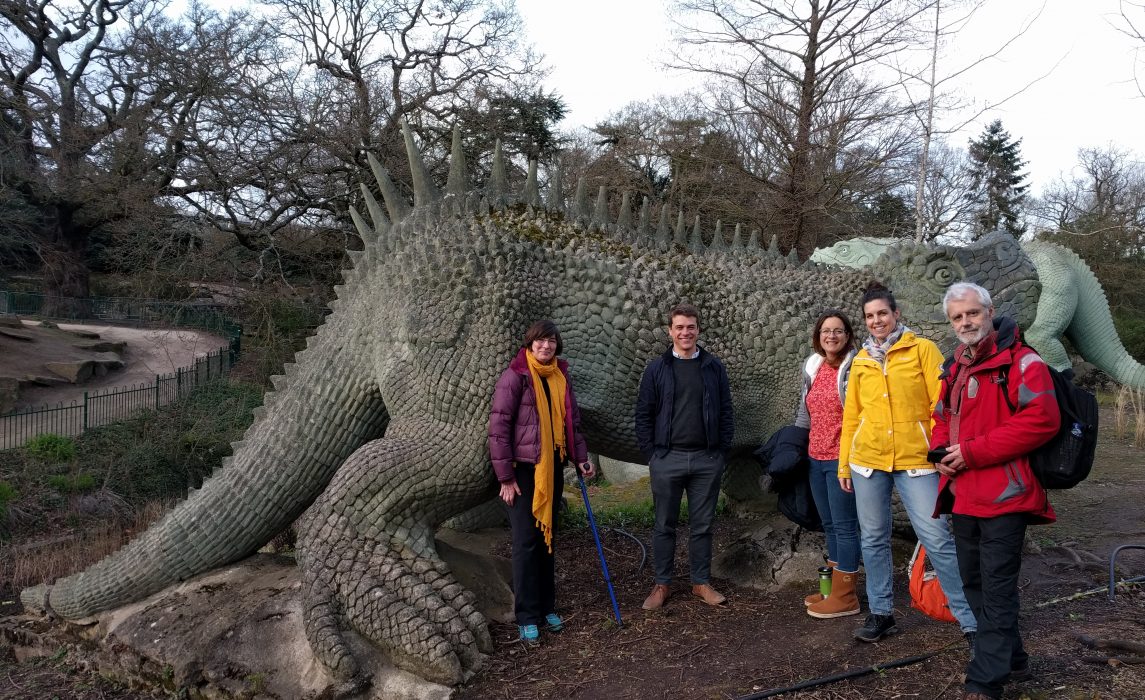 For more than 165 years, 30 sculptures of extinct animals – called the Crystal Palace Dinosaurs – have populated a series of islands in South London. Unveiled in 1854, the statues were the first attempt to create life-size representations of extinct animals from fossil remains and represent the best scientific knowledge of the time. Today, they help us to understand the development of scientific ideas through history and remain beloved by the community.

“It’s not just about getting money. It was a collaborative effort. And we learned marketing skills, like a flyer shouldn’t just be a page of text.”

For most of their history, they have been inaccessible, meaning important conservation and monitoring of the sculptures has been challenging. But that’s about to change thanks to Crowdfund London.

A local group called Friends of Crystal Palace Dinosaurs ran a successful crowdfunding campaign to build a bridge to the dinosaurs through Crowdfund London, which invites community groups to pitch their ideas to other residents and the Mayor of London. The group created a page on the crowdfunding site Spacehive, and residents and supporters from around the world contributed toward their fundraising target. The city made a matching pledge, which is just one way that they supported the project. 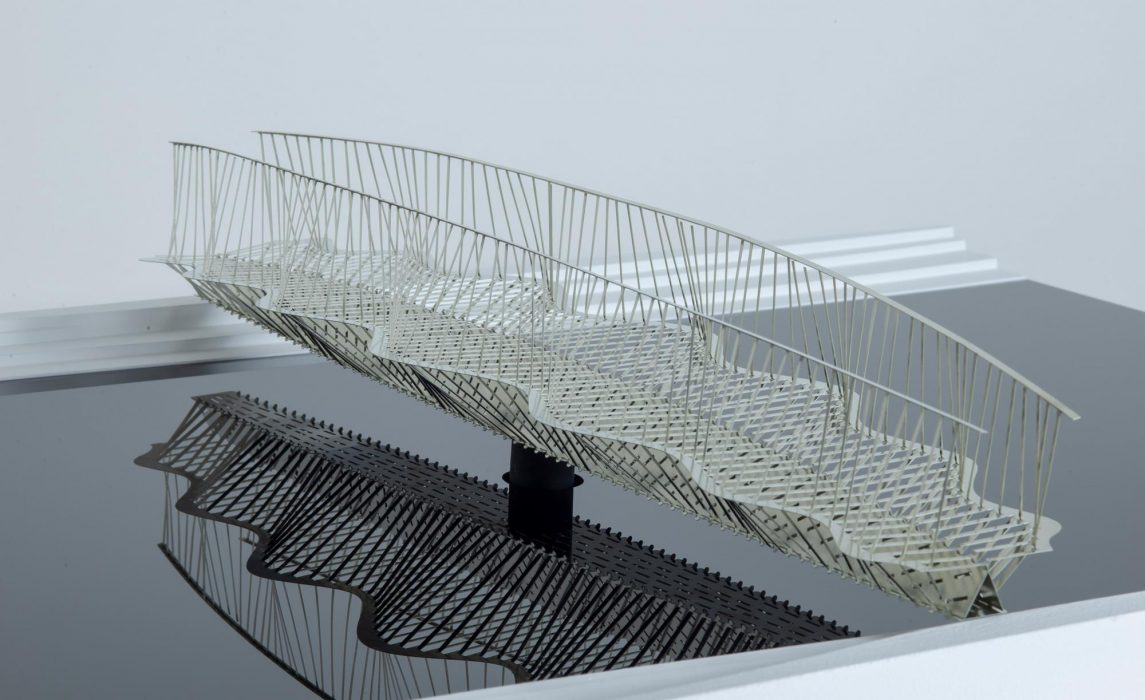 Before pledging matching funds, the city works with the neighborhood groups and local organizations proposing crowdfunding projects to ensure they have a good business plan and provides workshops and other materials to help them prepare.

Charlotte Wightwick from the Friends of Crystal Palace Dinosaurs attended a workshop after she saw Crowdfund London advertised. City staff gave her worksheets that helped identify and refine the project objectives, beneficiaries, and potential challenges. She was joined by additional Friends of Crystal Palace Dinosaurs Trustees Ellinor Michel, Sarah Slaughter, and Helena Stroud to draft a proposal and launch a crowdfunding campaign.

“The crowdfunding process gave us access to people across city hall. The amount of networking and skill sharing that happens as part of the process is really helpful.”

Slaughter called the fundraising effort “a nonstop, exciting campaign that got the attention of over 600 donors, including celebrities as diverse as Slash from Guns N’ Roses and famous paleontologists.”

After creating their crowdfunding campaign, the group officially expressed interest in receiving matching funds from the city and was invited to city hall to discuss their project.

This was an opportunity for the participants to further refine their project with city staff and for community groups to support each other. “The crowdfunding process gave us access to people across city hall. The amount of networking and skill sharing that happens as part of the process is really helpful,” said Francis Bernstein, who was part of the nearby Friends of Gipsy Hill Station crowdfunding campaign, and an enthusiast for the dinosaur bridge. “You can see what others are doing and get ideas.” 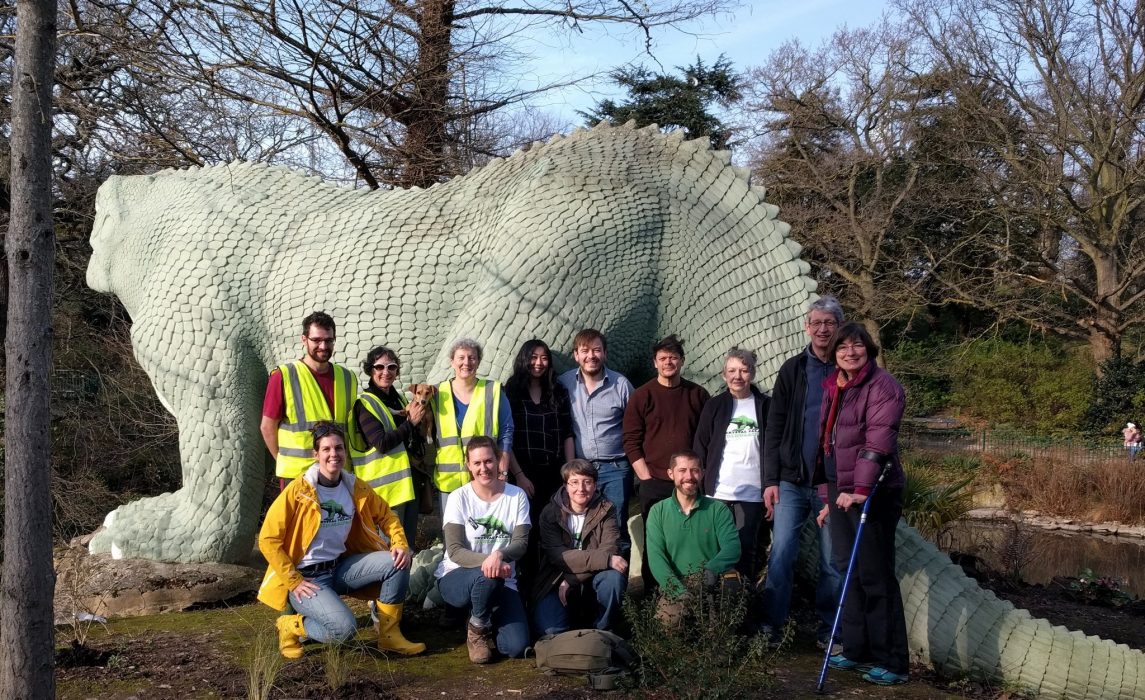 The crowdfunders’ biggest challenge was making sure the dinosaurs were both accessible and secure. Architects from Tonkin Liu and engineers at Arup provided pro bono work to develop an innovative swing bridge design. The rotating bridge allows access for groups, including volunteers, schoolchildren, and dinosaur fans, but can be closed when not in use, keeping the dinosaurs safe from vandalism.

With marketing help and matching funds from the city, the Friends of Crystal Bridges Dinosaurs raised £70,000.

This is one of more than 118 community projects that the city has helped facilitate through Crowdfund London. The city has pledged £2.1 million, contributing to more than £4.8 million in total support for projects.

“It’s not just about getting money. It was a collaborative effort,” said Bernstein. “And we learned marketing skills, like a flyer shouldn’t just be a page of text.”

The city has continued to provide advice and support and facilitate connections as Friends of Crystal Palace Dinosaurs constructs the bridge, making the historic sculptures accessible to everyone.