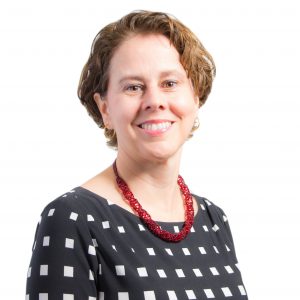 Cecilia Muñoz, Vice President of Public Interest Technology and Local Initiatives for New America, is a member of the Engaged Cities Award review committee. As part of an ongoing series, we asked her a few questions about the award and her own work.

It’s important to lift up shining examples of Americans who are solving public problems. We are in a moment where Washington feels pretty broken. Regardless of what your point of view is, people have lost some confidence in federal policy making. We’ve lost our confidence that as citizens of a democracy we have the capacity to solve our problems. The fact of the matter is, there are Americans out there doing great things to solve our public problems all the time, but very often their work is not visible, it’s not circulating, it’s not getting to scale. An award like this helps identify some of those shining examples and make them visible.

I enjoy seeing the diversity of ideas that I expect to see in these applications. It gives you a sense of how innovative we can be. I enjoy digging into innovative new approaches. I’m hoping that I will learn something through the process of reviewing the applications and I’m very much looking forward to that.

One of the results we have seen in our work with cities is that those who successfully engage their citizens to solve problems also build trust with their citizenry. Why do you think city leaders are especially equipped to build these relationships?

What I learned in the work that I did with mayors when I was in the Obama administration is that it’s much harder to be ideological when you are the mayor. Your constituents know you, they know where you live, you see them at the grocery store. Governing from the point of view of the mayor gets very real very quickly, and you have mayors from all kinds of different perspectives digging in with their communities to solve problems. That’s some of the most real and most impactful work happening in the United States. It just completely turns on its head the notion that politics is broken, because at the local level it largely isn’t.

What are you working on now at New America that would be particularly interesting to people who care about helping citizens and cities collaborate to solve public problems?

We’re essentially trying to bring new tools and approaches to this process of solving public problems. For example, a locally focused project that we’re calling Shiftlabs is looking at the ways in which automation is going to change work in the United States. We’re engaged with local communities like Indianapolis and Phoenix, working with the folks who are likely to be affected by these changes to anticipate what that’s going to be like and design processes to make adjustments. We believe quite strongly that some of the best innovations are happening locally, and we’re working hard at using the tools and strategies of technology as a way of making sure that people see themselves as agents of change in solving our public problems.

You have mayors from all kinds of different perspectives digging in with their communities to solve problems…It just completely turns on its head the notion that politics is broken, because at the local level it largely isn’t.

We also have public interest technologists that are working in innovative ways in states like Rhode Island and cities like Los Angeles, helping map data associated with problems we are trying to solve. I have one project that is helping counties map their data on the opioid epidemic, which is really revealing patterns and information helping these local governments devise their responses.

We think there are a lot of tools available to be used to help solve public problems that we are not yet using–that local governments aren’t using, that NGOs are not yet using–and we are trying to build a field of Public Interest Technology to help make sure that we are using the best techniques for solving the problems we face around the country.

Can you tell us a story or give us an example of collaboration that you’ve seen that has been inspiring?

One of our Public Interest Tech fellows–his name is Jeremiah Lindeman–helped organize about a dozen counties and coached them through mapping the data that each county had related to the opioid epidemic. A county in Arizona had developed some insights and devised a strategy, and he was coordinating calls with other counties. A county in northern Kentucky took all of that and borrowed it to do the same thing where they are. It’s an example of a new approach of dealing with a problem moving from one community to another because we were making a network to connect them.

That work has been so compelling that now folks working on a completely different challenge–the effects of domestic violence on children–went to our same fellow for help in mapping the data that they had so they could see the problem in a different way. The results of that are also really compelling and really exciting. So it’s both an approach to the opioid epidemic moving from county to county because these counties were collaborating, and also the approach of mapping data moving from issue to issue.