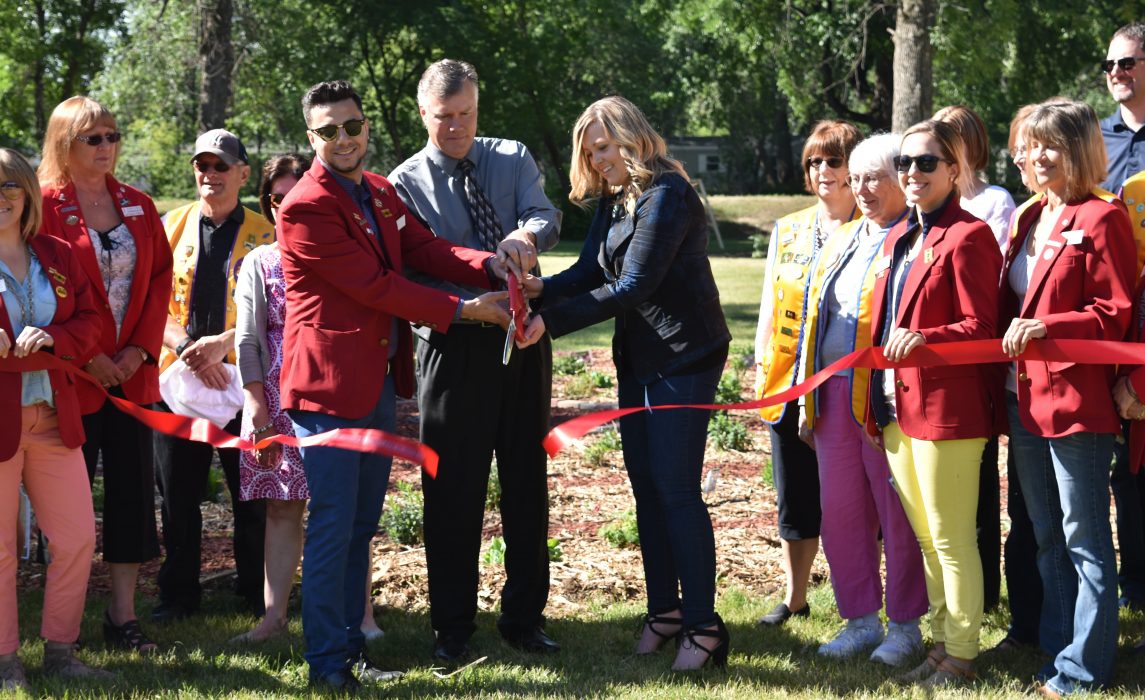 Community leaders and organizers gathered for the ribbon-cutting ceremony of the inaugural Adopt-A-Lot program in Minot, N.D.

n the spring 2011, the overflowing Souris River caused the most devastating flood in Minot, N.D.’s history. More than 12,000 people in the city of 50,000 fell under mandatory evacuation and 4,100 homes and businesses were ultimately destroyed. Although the community has worked hard to bounce back from the disaster, the city is still dotted with many empty lots that resulted from the destruction.

Now community groups and local businesses have come together with city leaders and Resilience AmeriCorps VISTAs to transform these empty spaces into assets through a new Adopt-A-Lot Program. Nine groups — among them the Minot Air Force Base, CHS SunPrairie, and NDSU Master Gardener Club — have already committed to caring for vacant city-owned lots, starting projects ranging from vegetable gardens to community art spaces.

“The Adopt-A-Lot Program is a pilot program for the City of Minot with a goal of empowering residents to repurpose underutilized flood-prone vacant lots into community gardens or esthetically pleasing productive spaces,” said Robert Davis, the city’s planning director. “Ideally, the Adopt-A-Lot program could be expanded to other areas of the community to promote sustainability, beautify neighborhoods, and grow fresh food for neighborhood residents.”

Colin Hendrickson, a Resilience AmeriCorps VISTA directly involved with the program, is inspired by the commitment that the organizations show to their communities. “We’ve managed to transform an unusual lot into a communal gathering space without costing taxpayers a dime.”

Read more about this work in the Minot Daily News here. This work was supported by Cities of Service’s Resilience AmeriCorps program, made possible through support from Bloomberg Philanthropies and The Rockefeller Foundation.