The Antidote to “Us vs. Them”

In the News
By Myung J. Lee, Executive Director, Cities of Service

This article first appeared in Office of The Citizen.

As we listen to the news, or even just talk with friends and family over dinner, it’s difficult to escape the reality that we are living in a deeply divided world. Black vs. white. Native-born citizens vs. immigrants. Rich vs. poor. Men vs. women. It appears that the divisions we face are only deepening — a reality that has even been affirmed by research. Of course, we know that real and complicated divisions exist, but taking a step back from some mainstream dialogues to look at what’s happening on the ground in our cities might illustrate a different story.

More often than not, city leaders know that the secret to solving problems is unity: beginning with a knowing that it’s not ‘us versus them,’ but ‘we the people,’ ‘of the people, by the people, and for the people.’ All the people.Mayors know that their success and the success of the cities they serve depends on knowing what the problems are and how they got that way. Who can help provide answers to those questions? The people living in those communities. The people who were born there and those who have moved in from elsewhere, the parents who are raising their children and sending them to schools there, the workers who lost their jobs when the factory closed down, and the residents in need of assistance to survive. Each community’s residents offer a wealth of knowledge and experience, a window into what the city and its people need to thrive. Solutions start with them. 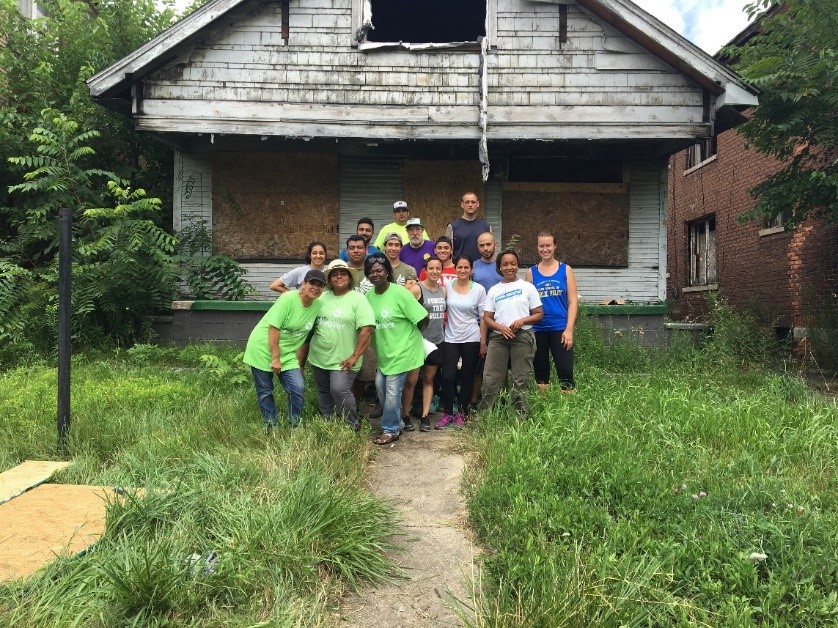 At Cities of Service, our mission is animated by these values of community-driven solutions. By establishing a chief service officer — or similar leadership role — in city governments, communities are more effectively able to power change in partnership with people. In fact, it’s the single biggest predictor of a city’s success at engaging citizens to solve problems and build trust. At a time when many citizens distrust government and question their own ability to make a difference — and as cities across the globe struggle to solve entrenched challenges — this leadership approach offers an exciting roadmap for other communities to follow.

In Detroit, Mayor Mike Duggan appointed his General Manager of the Department of Neighborhoods, Victoria Kovari, as the city’s first Chief Service Officer, a senior level role created by Cities of Service, to manage citizen engagement and service efforts. Kovari’s first move was to bring together a Partners in Service group, made up of business and community organization leaders who, for years, had worked independently — sometimes in counterproductive ways — to solve the same or highly interrelated problems. She also met with the city’s District Managers, embedded in each of the seven City Council Districts, to build relationships with residents, businesses, and clergy and to create partnerships with City government to fight blight and rebuild the fabric of the neighborhoods. Together, Kovari and public and private partners created a citywide service plan with three primary goals: Keeping people in their homes by reducing the number of tax foreclosure properties; improving the financial position of working families, and mitigating blight in neighborhoods.

A volunteer provides information to a resident about tax payment plans.

As part of their coordinated strategy, Kovari and partners created a plan for reducing foreclosures in the city. Together, they also raised money to recruit volunteers for a major, door-to-door public outreach campaign. The City identified 5,600 occupied homes at high-risk for foreclosure and launched a targeted campaign to help them stay. Volunteers provided residents with crucial information about how to avoid tax foreclosure and promoted foreclosure prevention workshops in the neighborhood. The result? Two thirds of the homes visited as part of the outreach campaign were diverted from foreclosure, saving 3,700 families from displacement. Mayor Mike Duggan attributes this resounding success to the door-to-door efforts of volunteers.

This is just one example of the kind of work happening with our mayors and city leaders working with their citizens. We know of many more, but we also know there are many more stories of powerful, collaborative work in cities that have yet to be told. To that end, we have created the Engaged Cities Award, a new recognition program to find and elevate the growing number of diverse and creative ways city leaders around the world are harnessing the power of people to solve problems. Our team is in the process of reviewing applications and will choose 10 finalists soon, with one $100,000 grand prize winner and two $50,000 winners to be announced in May as part of our first annual Engaged Cities Summit.

At Cities of Service, we know that real change is happening in communities across our country and the world — on Main Street, in City Council and in Neighborhood Association meetings. We work with mayors in cities across the U.S. and the U.K. to combat the us/them epidemic to bring leaders and citizens together — and tell those stories of community-driven change. By integrating community members in building solutions, we believe this work is not only shifting perspectives of local government, but more importantly, we are building the one thing that’s missing between us and them: trust.