How Phoenix Helped Its Working Poor Beat the Summer Heat

In the News
By City Lab 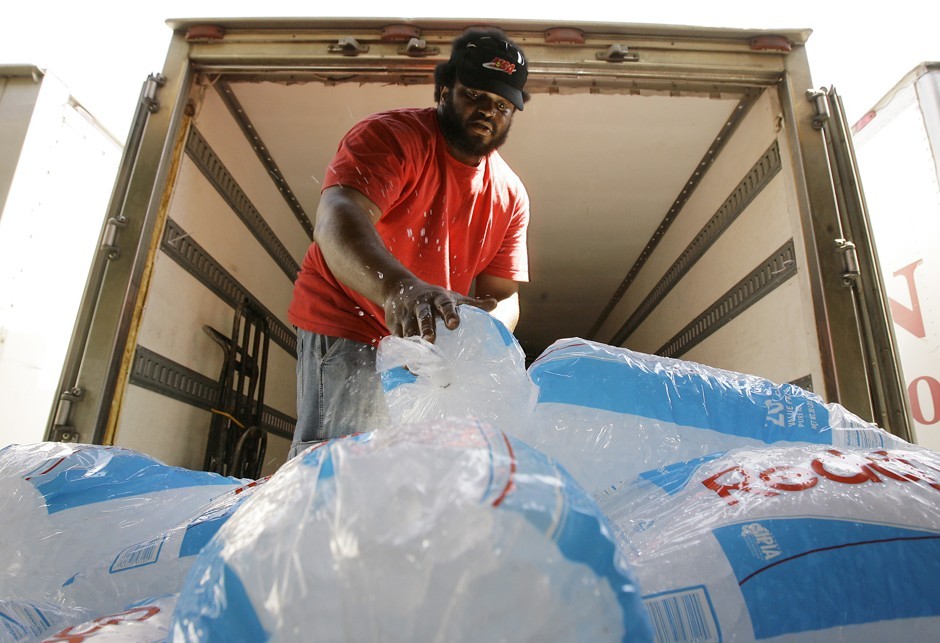 Danny McFadden, of Phoenix, a driver for AZ Iceman, loads up a pallet of bagged ice as temperatures were predicted to hit 115 during a heat wave in July 2007. Ross D. Franklin/AP

This article originally appeared in full on City Lab.

hile Phoenix’s warm, sunny weather is one of the reasons people move to the city in droves (more than 1,000 new residents relocate there per week, according to the U.S. Census Bureau), summer temperatures can hit 105 degrees and higher. At this level of heat, the body can no longer cool itself, potentially resulting in heat exhaustion or even heat stroke, which damages the body’s tissues and organs and can be fatal. Between 2000 and 2015, over 1,500 people died from exposure to Arizona’s excessive heat, and many thousands more experienced lost wages and health care outlays due to heat-related illness.

The city, through its Heat Relief Network, secures around 30 air-conditioned spaces, such as churches, senior centers, and libraries, where people can cool off. It also facilitates water donation points and wellness checks for the elderly or disabled. But those resources are only really valuable if people make use of them.

So when Olivia Hutchins and Nick Roosevelt arrived in Phoenix in January 2016 for their year with Cities of Service—a nonprofit supported by Bloomberg Philanthropies that partners with the federal government to embed volunteers from its poverty-fighting AmeriCorps/VISTA program in 10 U.S. cities—they wanted to determine how many people were using these resources, and figure out how to spread the word.