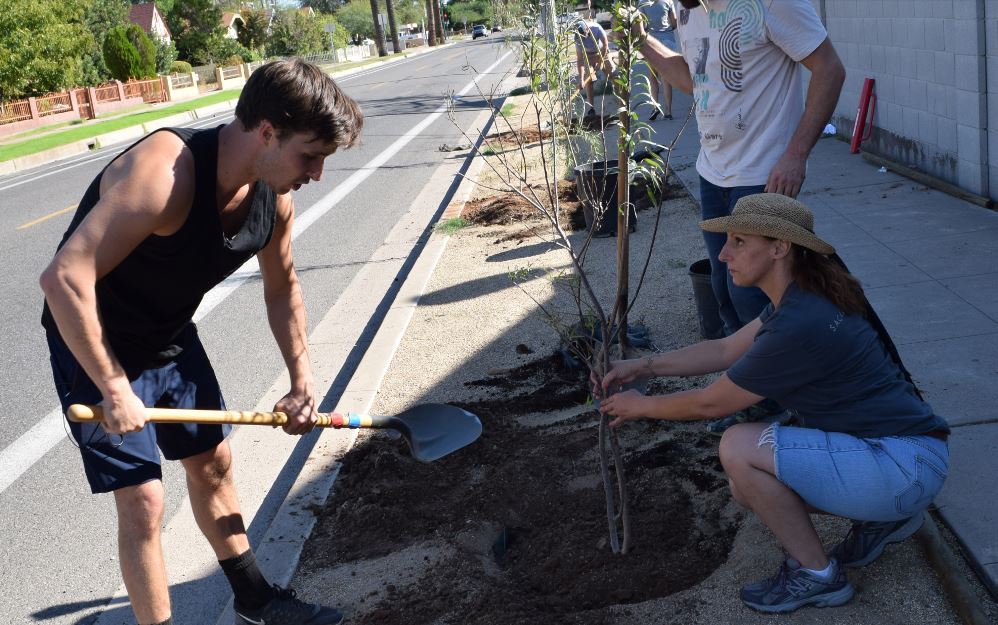 limate change is such a global challenge that it sometimes feels like there’s little any of us can do on a local level to help combat it. But cities around the world are proving this Earth Day — and every day — that the fight starts at home. Here’s how some of them are using government innovation to deal a one-two punch in defense of the planet.

Bikeshare programs are great for the environment and for the health of those of us who use them, which is — in large part — why they’re so popular. In the past 10 years, the number of cities worldwide with public bikeshare programs has grown from fewer than 70 to more than 1,000. But it’s one thing to build a bikeshare program — it’s quite another to make sure it’s being used.

Boston knows this distinction firsthand. When the city’s bikeshare program, Hubway, launched in 2011 it was one of the first in the country. Today, its bikes have provided more than 5 million rides. And although Hubway is well established, Boston’s leaders continue to focus on expanding the program to new riders and improving the availability of bikes during peak periods.

To that end, and with the help of Bloomberg Philanthropies’ What Works Cities program, Boston dove into its bikeshare data. The city quickly discovered it could improve bike availability during rush hours by rethinking how it incentivizes Hubway’s program operators. Now, instead of motivating operators to keep all stations full at the same time, they’re encouraged to focus only on the most-used stations when ridership is highest.

Making Hubway as accessible as possible is also a priority. That’s why the city has one of the longest-running bikeshare subsidy programs for low-income residents, offering yearlong memberships for just $5 to qualifying citizens. Boston is now turning its attention to multilingual customer service and marketing efforts as a means to boost ridership in currently underrepresented communities.

Stockholm is now taking this commitment a step further. In 2014, the Stockholm Biochar Project was among the winners of Bloomberg Philanthropies’ Mayors Challenge. This project turns plant waste from city parks and residents’ gardens into biochar that, when placed back in the ground, encourages further plant growth and captures carbon from the atmosphere. When all five of the city’s planned biochar plants are up and running — the first opened last month — the city expects to produce 7,000 tons of biochar within three years, sequestering enough carbon to take the equivalent of 3,500 cars off Stockholm’s streets.

Cooling Down by Planting Trees

Compared to bikeshares and biochar, planting trees is low tech. There are, however, few better ways to fight climate change. Trees not only help combat one of the primary drivers of climate change by sequestering carbon, they can also mitigate climate change’s effects; their shade can decrease surrounding temperatures by as much as 15 degrees.

That’s why Phoenix residents, through a program spearheaded by the Bloomberg Philanthropies-founded network Cities of Service, are joining with their neighbors to plant more trees throughout the city. The initial effort, in the city’s Triangle neighborhood last fall, inspired the development of the Tree Planting Project Blueprint, so that other neighborhoods can launch their own projects. Organizers expect that an additional 30 to 40 trees will be planted across the city by the end of May.

“It’s going to be cool in five years to see the trees canopying over the sidewalk…and to be able to say, ‘I was a part of planting that tree right there,’” said volunteer Cole Van Norman. Also cool: Skilled volunteers from Arizona State University have placed heat sensors in the project area to measure surface heat change as the trees grow. That means everyone will soon have more data about the difference trees can make in urban communities.

Climate change is a global challenge. But cities like Boston, Stockholm, and Phoenix are proving that the solutions can be local — and sometimes as simple as planting a tree.