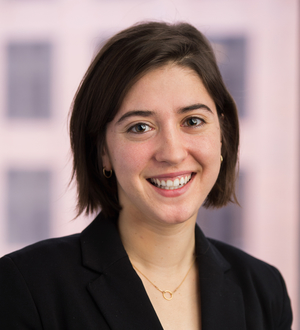 Urban Institute is currently conducting a study of the Cities of Service Love Your Block 2018-2020 program. Over the course of two years, Urban Institute will conduct surveys and interview all 10 cities participating in the program, consider the metrics collected by each city, and undertake site visits and focus groups. The study will examine the effectiveness of Cities of Service and evaluate the success of local efforts to reduce vacancy and improve community health. This study expands and builds on the lessons from an initial study conducted in 2017 about our 2015-2018 Love Your Block program.

We spoke with Leiha Edmonds, Research Associate for Urban Institute, about what they have learned in the first year of the study.

Can you share some of your findings so far?

One of the biggest things we found was the huge benefit of having two AmeriCorps VISTAs for cities to have the capacity and ability to run Love Your Block. That’s a part of what makes things work⁠—having those boots on the ground.

Love Your Block makes the case for further investment in resident-led volunteer activity and more engagement at the block level.

We also found that a number of cities were able to activate the network of city resources [from different agencies]. Although Love Your Block is housed in a city’s mayor’s office, many cities were able to connect with the folks from public works and parks and rec, and bring together the right team of people to provide support to residents. That’s what makes it powerful.

Another one of the key findings is that Love Your Block demonstrated the value of citizen-led blight remediation. Although each mini-grant project may only include a few dozen people participating in volunteer days, there is a really positive story that comes out of it of residents feeling supported by the city in addressing needs in their neighborhood. Love Your Block makes the case for further investment in resident-led volunteer activity and more engagement at the block level.

Can you explain how cities use Love Your Block to address code violations for residents?

You have to understand this issue by recognizing the historic under-resourcing of certain neighborhoods that leads to vacancy and blight. When it comes to code violations, cities used this as a punitive measure to address blight, but this approach frequently fines the folks who are the least able to pay—that is not a practice that addresses vacancy. Love Your Block shows another way—putting small grants into neighborhoods and resourcing people to fix their own problems. In some cities it can be a pilot, showing this different way to address chronic issues, such as litter and high grass and weeds. With some additional support people can address code violations in their neighborhood, and Love Your Block can offer that.

What do you think other cities and nonprofits can learn from this study?

A city can facilitate and activate engagement that goes beyond a single block club or group of residents. [In Love Your Block] there are roles for other stakeholders in that neighborhood, including small businesses, social service nonprofits, or community organizations. Cities can help bring everyone together if there are common goals.

Cities of Service also makes information and best practices publicly available to cities that are interested in addressing pressing issues like vacancy, and determining how to engage citizens in government processes. Cities of Service puts out a lot of playbooks and information that other cities can use to adopt some of these best practices for how to engage residents and do this block-level work.