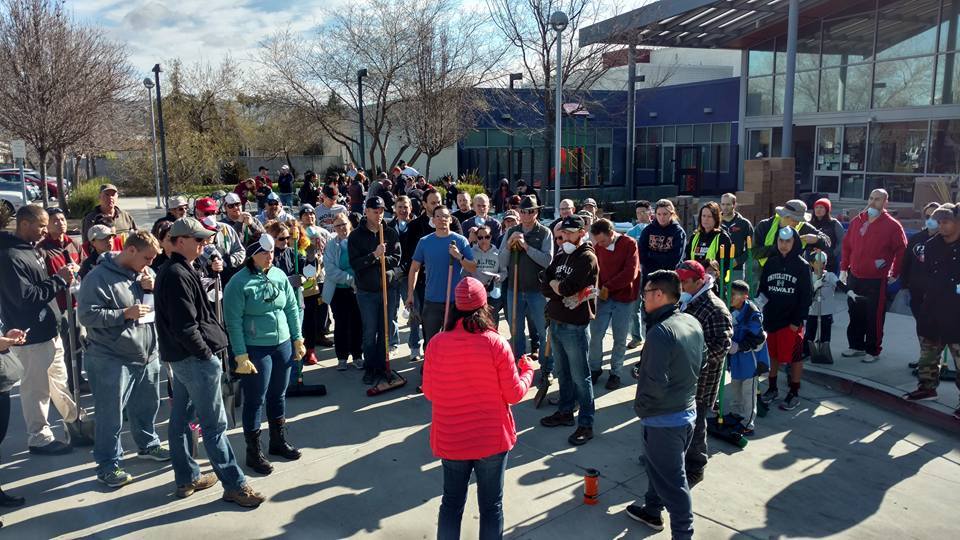 NEW YORK – Cities of Service announced today that grants will be provided to five Bay Area cities as part of its new “Bay Area Impact Volunteering Program,” made possible with generous support from the Walmart Foundation, Inc. Over 40 cities from the Bay Area were invited to apply. From those that submitted applications, Cities of Service selected the following five cities: Daly City, Oakland, Richmond, San Jose, and San Leandro.

The five selected cities will receive a total of $175,000 and consulting services from Cities of Service to advance local resilience and preparedness efforts. Financial awards range from $25,000 to $50,000 per city to implement volunteering projects that harness the power of local residents to create more resilient communities before, during, and after disaster strikes.

Cities of Service’s “Bay Area Impact Volunteering Program” will strengthen relationships between city leaders and residents. Using the Cities of Service Impact Volunteering model, mayors and city executives will engage community members to make their cities better able to withstand disasters. Projects range from planting trees to absorb rainwater, to cleaning and maintaining rivers and storm drains to prevent flooding, to visiting and training people with disabilities to prepare for future disasters.

“We are grateful to the Walmart Foundation’s generous support, without which this program would not be possible. By bringing together the power of citizens with the leadership and resources of the city, we are confident that these cities will emerge stronger and better equipped to prepare for, prevent, and handle future disasters,” said Myung J. Lee, Executive Director, Cities of Service.

FIVE WINNING CITIES WILL ENHANCE THE RESILIENCE OF THEIR COMMUNITIES

Daly City, Project Green Space: Project Green Space will engage community volunteers to plant drought-tolerant tree species and replace impervious surfaces with rain gardens. Increasing the number of trees in the city will help keep water out of storm drains, which will lead to less flooding and decrease coastal erosion.

Oakland, Neighbors Helping Neighbors: Neighbors Helping Neighbors will focus on assisting individuals and neighborhoods in disaster preparedness plans, gathering supplies, and staying informed through the city’s emergency notification system. Outreach and education events will be held within each council district in Oakland. The initiative will emphasize working with city departments, community leaders, residents, private organizations, and nonprofit agencies that serve Oakland’s most vulnerable populations on a daily basis.

Richmond, PWD AFN Outreach Program: Richmond will expand the capacity of Community Emergency Response Teams (CERT) to visit and train People with Disabilities and others with Access and Functional Needs (PWD AFN), a group that has historically suffered disproportionally from disasters. Volunteers will work one-on-one with PWD AFN people to create emergency plans, build trust, and create formal support networks. This will greatly improve this population’s disaster resiliency.

San Leandro, Prepare San Leandro: Prepare San Leandro is an “Adopt a Drain” program that will recruit volunteers to help keep storm drains clear of leaves and refuse. Volunteers will play a critical role in assisting the city in reducing the number of clogged storm inlets that often result in dangerous flooding to roadways, homes, and businesses. The city’s Public Works department will provide free trash bags to participants and will serve as a lead partner in this program.

“Thanks to the Cities of Service grant, we will be able to give more Oakland residents earthquake and emergency preparedness training in the communities where they live as part of our Neighbors Helping Neighbors initiative,” said Oakland Mayor Libby Schaaf. “Building this type of capacity and self-reliance across our city is vital if we are to bounce back and rebuild in the face of a disaster, but it’s particularly critical that we create this type of leadership in our lower-income communities if we want to truly be a more equitable and resilient city. We only have to look at the success of Oakland’s Communities of Oakland Respond to Emergencies (CORE) program to see the impact Oakland residents can make when they have the training and support to educate and assist one another. We want to increase the number of CORE trained neighborhoods across Oakland, and this grant will help us do that.”

“Past disasters have been a wakeup call to our nation that people with disabilities, the elderly, and others with access and functional needs are disproportionately impacted by large scale emergencies. I can think of no better application of this grant than to build the community relationships that will allow us to respond effectively to serve our entire population. We can mitigate the impact of future disasters, by learning from past experience and ensuring help for those who need help most during such times,” said Richmond Mayor Tom Butt.

“San Jose is a proud member of the Cities of Service coalition and grantee for the Bay Area Impact Volunteering Program. We plan on taking an innovative, community-based approach to reclaim our Guadalupe River,” said San Jose Mayor Sam Liccardo. “We will empower our residents to keep sections of the river clean, while building our resilience to flooding or a natural disaster. We will also integrate our existing ‘SJ Clean’ app, which helps residents report blight when they find it.”

“I’m excited to begin working on Prepare San Leandro, the city’s new volunteer outreach program. Our community will now be better prepared to prevent winter storm flooding in our neighborhood streets by matching Public Works staff with local volunteers and providing them with the tools and resources they need to keep our storm drains clear of debris,” said San Leandro Mayor Pauline Russo Cutter.

About Philanthropy at Walmart

By using our strengths to help others, Walmart and the Walmart Foundation create opportunities for people to live better every day. We have stores in 28 countries, employing more than 2.2 million associates and doing business with thousands of suppliers who, in turn, employ millions of people. We are helping people live better by accelerating upward job mobility and economic development for the retail workforce; addressing hunger and making healthier, more sustainably-grown food a reality; and building strong communities where we operate and inspiring our associates to give back.

Whether it is helping to lead the fight against hunger in the United States with $2 billion in cash and in-kind donations or supporting Women’s Economic Empowerment through a series of grants totaling $10 million to the Women in Factories training program in Bangladesh, China, India and Central America, Walmart and the Walmart Foundation are not only working to tackle key social issues, we are also collaborating with others to inspire solutions for long-lasting systemic change. To learn more about Walmart’s giving, visit giving.walmart.com/foundation.