Cities Of Service Activates Cities Across The U.S. To Engage Residents In “Love Your Block” Neighborhood Revitalization 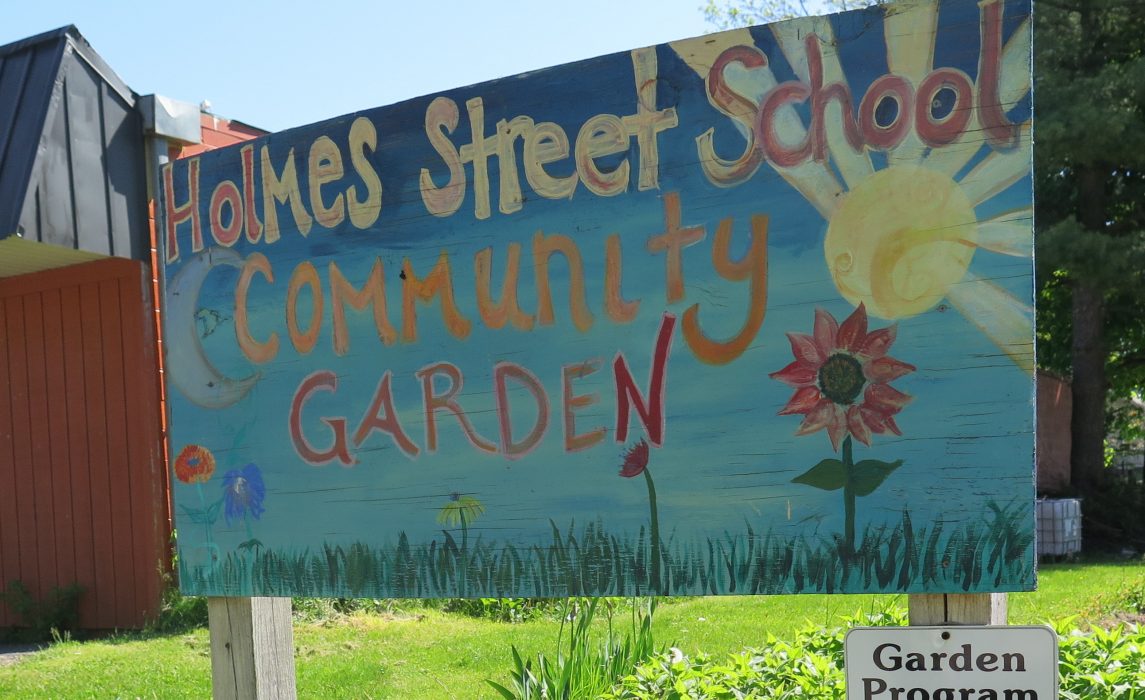 “We’ve seen great success in cities already using impact volunteering and the Love Your Block model, and were excited to see promising city-led programs that thoughtfully engage residents in revitalizing their communities.” said Myung J. Lee, Executive Director of Cities of Service. “Thanks to our partners at the Corporation for National and Community Service, we get to see what happens when cities build on that initiative with human capital support from AmeriCorps VISTAs.”

“This partnership is an outstanding example of how city leaders are increasingly turning to national service and volunteering as a cost-effective strategy to tackle local challenges and make their cities better places to work and live,” said Wendy Spencer, CEO of the Corporation for National and Community Service. “The City Hall AmeriCorps VISTA Love Your Block program is a win all-around: it improves health and public safety, strengthens neighborhoods, expands economic opportunity, and brings city residents closer together.  We thank Cities of Service for leading this initiative and congratulate the cities selected for recognizing the power of citizen service to solve local problems.”

Birmingham – Love Your Block is currently the flagship of Mayor William A. Bell Sr.’s Removing Blight, Increasing Values, Strengthening Neighborhoods and Empowering Residents (RISE) initiative. With this award, the City of Birmingham will develop best practices and strategies for improving the health and safety of low-income neighborhoods, and prioritize impact metrics. They also will design a mini-grant process to support volunteer activities, and develop plans to sustain and scale best practices.

Boston Mayor Marty Walsh will use Love Your Block, in conjunction with multiple offices, to cultivate civic engagement among some of the city’s most under-represented neighborhoods, and to instill a sense of community pride through block-based projects. The City of Boston will target neighborhoods with the highest number of problematic properties, canvass longtime residents representing multiple age and cultural demographics; deploy teams of citizen volunteers to clean abutting public spaces; and then partner with property owners to enable volunteers to complete additional improvements.

Lansing Mayor Virg Bernero will bring residents and City Hall together through neighborhood summits and focused projects using Love Your Block. The City of Lansing will engage neighborhood leaders in project-based and experiential learning to solicit a new vision for neighborhoods and to identify the barriers to civic engagement.

Las Vegas Mayor Carolyn G. Goodman plans to convene faith-based and business community groups to align resources toward neighborhood revitalization projects concentrated in neighborhoods whose schools have low academic performance, and will apply Love Your Block to take place on or near school grounds, which will serve as hubs for volunteer activities and beautification efforts.

Phoenix Mayor Greg Stanton will direct Love Your Block efforts to neighborhoods in its Central Core area, which bears a disproportionate burden of the poverty, crime, unemployment and blight in Phoenix. The program will focus on empowering residents to cultivate healthier, safer neighborhoods, and plans to develop successful ideas into a comprehensive citywide service plan.

Richmond, Calif. Mayor Tom Butt and city staff will organize and host collaborative engagement and planning sessions, focusing on the North Richmond and Parchester neighborhoods serving public housing residents and multi-generational families living below the city’s median income level. The City of Richmond will use Love Your Block to further support improvement of Richmond’s inner city, and to build on the success of the neighborhood revitalization projects it has undertaken over the past two years.

Seattle Mayor Ed Murray will build on his office’s “community walks,” during which City of Seattle personnel identify local problems, by using Love Your Block programming to engage residents in improving quality of life in low-income neighborhoods. Seattle will drive community participation in coordinated revitalization and city maintenance efforts, and organize “Neighborhood Action Teams” comprised of Chambers of Commerce leaders, neighborhood associations, community centers, and residents in select neighborhoods where at least 30% of households fall below the poverty line, and are subject to disproportionate crime and violence.

Love Your Block applicants who did not advance as finalists are being offered technical assistance to support development of their proposed neighborhood revitalization plans. These cities have been extended membership in a Cities of Service Love Your Block cohort through which they can access training, best practices and a community of practice with Cities of Service’s 205 coalition members.

Love Your Block is a Cities of Service blueprint that guides mayor’s offices to engage community members in revitalizing their neighborhoods one block at a time. The city provides competitive mini-grants to community groups to purchase needed supplies, and coordinates city government services to support the effort. At least 10 cities in the Cities of Service coalition are implementing Love Your Block programs. The cities of Pittsburgh, Pennsylvania and Flint, Michigan are examples of municipalities that have self-sustained Love Your Block with robust municipal involvement, and can serve as partner to a proximate city, respectively.

The City of Pittsburgh recently announced its 2015 cycle of Love Your Block mini grants, under Mayor William M. Peduto. Pittsburgh began neighborhood revitalization projects with support from Cities of Service in 2009. Love Your Block in Pittsburgh since its inception has improved 390 blocks, enabled the clearing of 34,927 pounds of litter and creation of 256 green spaces, notably leveraging nearly $559,161 in donations and 4,865 volunteers organized by the city.

The City of Flint used impact volunteering and Love Your Block to revitalize 120 blocks between 2012 and 2014, resulting in the creation of 173 green spaces, improvement of 400 blighted properties and removal of 3.9 million pounds of trash, brush and yard waste. Additionally, Lansing Mayor Bernero will form an information exchange with Flint, Mich. Mayor Dayne Walling in order to learn strategies, lessons, and opportunities that can be shared between the cities.

ABOUT CITIES OF SERVICE

Cities of Service is a national nonprofit that supports mayors and city executives to design and implement high-impact volunteering initiatives that can apply to multiple issues from supporting youth and education to sustainability. It provides technical assistance, programmatic support, planning resources, and funding opportunities. Founded by Michael R. Bloomberg in 2009, Cities of Service is a nonpartisan coalition which currently supports a coalition of 205 cities in the U.S. and UK whose mayors are committed to engaging citizen volunteers to solve local pressing challenges. Cities of Service helps coalition cities share solutions, best practices, and lessons learned, as well as spreads awareness about meaningful work happening in cities. Visit citiesofservice.jhu.edu to get involved, and follow @citiesofservice on Twitter.

The Corporation for National and Community Service is a federal agency that engages more than five million Americans in service through its AmeriCorps, Senior Corps, Social Innovation Fund, and Volunteer Generation Fund programs, and leads the President’s national call to service initiative, United We Serve. For more information, visit NationalService.gov.

QUOTES FROM MAYORS OF WINNING CITIES

Birmingham Mayor William A. Bell, Sr., said:  “Birmingham is excited to be a part of the Cities of Service, City Hall VISTA Program. Impact volunteerism has been a key component of my RISE Civic Engagement Strategy and we are looking forward to empowering more residents to tackle even more neighborhood revitalization projects through our successful Love Your Block program. This award, and the additional manpower and energy that AmeriCorps VISTA members bring will enable us to mobilize more volunteers, energize more partners and ultimately love more blocks in our city.”

Boston Mayor Martin J. Walsh said: “In Boston, we applied to the Cities of Service City Hall VISTA Love Your Block program, because we knew it would have a positive impact on our neighborhoods. ​We welcome AmeriCorps VISTA members here​–the efforts put forth by Cities of Service will help Boston residents and local government work together to enhance public spaces​, improve ​the health​ and overall well-being​ of local communities, ​and boost ​levels of ​civic ​engagement. I am pleased Boston has been chosen for this opportunity.”​

Lansing Mayor Virg Bernero said: “We are thrilled to receive a Love Your Block grant from Cities of Service. With the help of the Ingham County Land Bank and a grant-funded AmeriCorps VISTA member, we will form powerful new partnerships between city government, neighborhood volunteers and community non-profits to engage and empower our residents, especially in low-income areas, to improve the quality of life in their own neighborhoods.”

Las Vegas Mayor Carolyn G. Goodman said:  “We are so honored that Las Vegas is one of the select cities chosen by Cities of Service for the Love Your Block program.  Las Vegas is so much more than what our 40 million visitors see.  We’re a city of caring and compassion.  Our faith-based community, our business people and our non-profit groups work so well together to make a difference—and Love Your Block is another wonderful example.”

Phoenix Mayor Greg Stanton said: “Cities of Service invested in Phoenix by funding community gardens that continue to thrive, engage volunteers and help residents have access to healthy food. This Love Your Block grant will take our city to the next level by providing critical seed money and the passion of AmeriCorps VISTA members to allow residents to focus on the health and safety needs of their own neighborhoods.”

Richmond, Calif. Mayor Tom Butt said: “I am thrilled Richmond is one of seven cities selected by Cities of Service to be a part of its new Love Your Block cohort. As newly elected mayor, this award of funding and a dedicated AmeriCorps member supports two of my administration’s priority areas:  quality of life and environment and sustainability.  The program supports our efforts to engage Richmond citizens and groups in our underserved communities and to scale existing neighborhood revitalization projects.”

Seattle Mayor Edward B. Murray said: “In order to become a high-impact and sustainable model of neighborhood revitalization, our Find It, Fix It Community Walks need to serve not just as a focusing principle for city services, they must also become a catalyst for ongoing neighborhood engagement. This partnership with Cities of Service will help make this vision reality.”