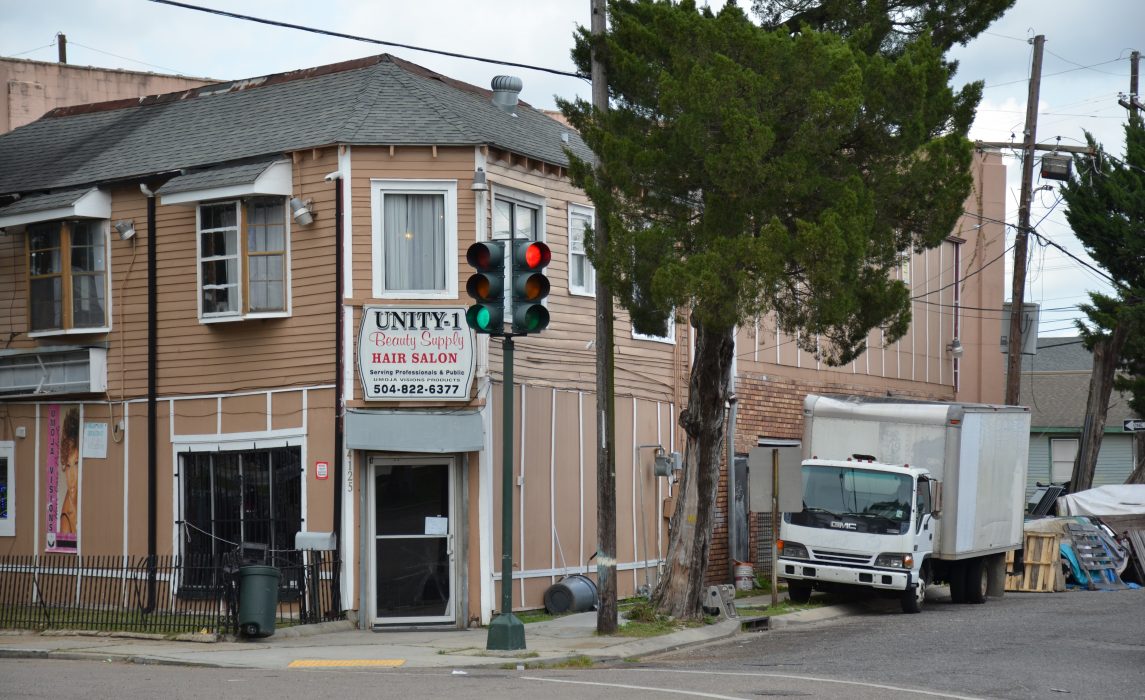 ew Orleans is a city of small, locally owned businesses. “This isn’t a city of Fortune 500 companies,” acknowledged Jared Genova, the Resilience Planning and Strategy Manager. “You don’t see many chain stores around here.” And residents like it that way. Small businesses are a keystone of the city’s culture and economy. But this commercial landscape poses unique challenges. Many small businesses lack the resources to bounce back from disasters. Large-scale disturbances can destroy products, disrupt supply chains, and damage important documents like leases, licenses, and bank information. Unprepared businesses that cannot mitigate the damages risk closing their doors forever.

Genova wanted to help support the businesses that contribute so much to New Orleans. The city already ran a workshop series focused on emergency preparedness, but Genova wanted to expand the program to specifically help small business owners.

When Genova heard about the Cities of Service Resilience AmeriCorps program, he knew he had an opportunity to expand outreach capacity while simultaneously getting a new, deeply engaged perspective on community issues in low-income neighborhoods. “The thing that appealed to us about the program was the focus on touching communities on a personal level,” he said. “It’s easy for resilience planning and the concept of resilience to stay up at 30,000 feet, but we wanted to involve citizens more.”

When Cities of Service Resilience AmeriCorps members Kate Gruzd and Mario Figueroa arrived in New Orleans, Genova tasked them with taking resilience to the people by providing training and tools for small business owners in low-income communities to prepare them for emergencies.

According to Genova, “resilience planning requires consideration of city-specific environmental, economic, and social issues.” To create an effective workshop, the AmeriCorps members needed an intimate understanding of the socioeconomic landscape of New Orleans. “We wanted to work with community members, and get information from the source,” said AmeriCorps member Gruzd. They planned to go door-to-door surveying small businesses to determine their ability to prepare for, respond to, and recover from disasters. With the assistance of IBM and ARISE, a private-sector alliance for disaster-resilient societies, Gruzd, Figueroa, and Genova designed and tested a survey to learn more about New Orleans’ commercial ecosystem. They partnered with a team from FEMA Corps, a part of the AmeriCorps NCCC program, and surveyed hundreds of businesses in three low-income corridors of the city, including Gentilly Boulevard, Washington and Broad, and Harrison Avenue. The interactions lasted between 15 minutes and an hour. “It’s special to have a conversation with a business owner and say look, we’re here, we’re the City of New Orleans, and we care about your concerns,” Genova said.

During one of these conversations, Gruzd asked a business owner if he considered himself a resource in the community. “He initially said no,” Gruzd remembered. “But in his previous answers he mentioned lending out generators and lighting equipment to neighboring businesses during Hurricane Katrina.” When Gruzd reminded him of his past service, she remembered that “his whole demeanor shifted. His face brightened and he said, ‘Well, I guess I am a resource to my community. I just never thought about it that way.’ Seeing him recognize his importance was awesome to witness, and at the end of the survey he thanked us for helping him think about safety and preparedness differently.”

“The thing that appealed to us about the program was the focus on touching communities on a personal level. It’s easy for resilience planning and the concept of resilience to stay up at 30,000 feet, but we wanted to involve citizens more.”
— Jared Genova, Resilience Planning and Strategy Manager, New Orleans

Restructuring the Workshop Around Resident Input

The survey received an impressive 75 percent response rate, perhaps due in part to personal outreach. “It was a demonstration of dedication to human contact, and to service,” said Gruzd. The responses gave the team a better idea of citizen needs. They learned that vulnerability was high across New Orleans, that few surveyed businesses were prepared for a disaster, and that business owners were interested in improving their awareness of risk-mitigation strategies.

Based on this specific feedback, the team restructured the existing workshop to go in depth and help participants know exactly what to do in the event of an emergency. Educating Business Owners to Bounce Back After Disasters

During the new workshop, participants assess threats that could affect their businesses, and analyze the financial and operational impact of various disaster scenarios on their ability to provide goods and services. After learning about the potential impacts of a disaster, participants create business continuity plans, including information on delegating tasks, obtaining emergency supplies, saving vital records, and structuring communications during a disaster.

The plans are flexible enough to help businesses retain their normal processes during a disaster, whether the incident is a fire in their store, a power outage, or a hurricane. Participants walk away with a greater understanding of potential threats and a plan for bouncing back.

The team will also establish a small business owner in each corridor as a “Resilience Champion” to further facilitate disaster preparedness. Through this approach, “we can empower the community to take resilience on, and help others get involved,” said Genova.