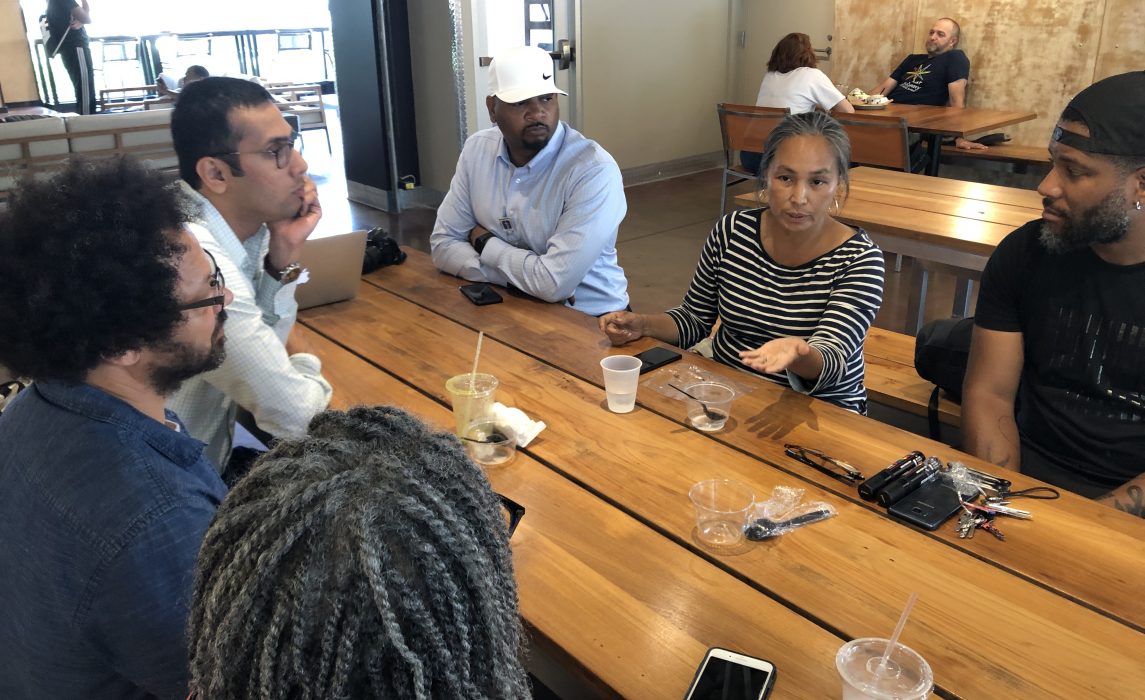 Edwin Muldrow owns a pharmacy in Lawndale, a neighborhood on Chicago’s West Side. His father owned the pharmacy before him, when Martin Luther King, Jr. used to buy his newspaper there.

Today, there are vacant lots and boarded up shops nearby. But, as of early 2019, there is also a new park and meeting space next door to his pharmacy.

“The city’s response was impressive. They took all of the suggestions we had and even asked us for more suggestions.”

This is one of 16 sites where the city has installed new, green infrastructure, including gardens, parks, and flexible gathering spaces. They were all designed with community input in Chicago’s struggling West Side, and community groups and residents, like Muldow, will care for them.

Native plants grow around the large, permeable walkway where the community can meet for special events.

“It’s creating excitement,” said Muldrow. “A longtime customer has a food truck. He comes over here three days a week.” He hopes to do a food truck festival in the near future and has already hosted community barbecues there.

Not far from the pharmacy on 16th Street are a peace garden that absorbs and channels water and a passive garden that will collect runoff. The peace garden sits next to what will soon be a tree nursery run by Homan Grown, a social enterprise that also offers landscaping services and training and education in agriculture. 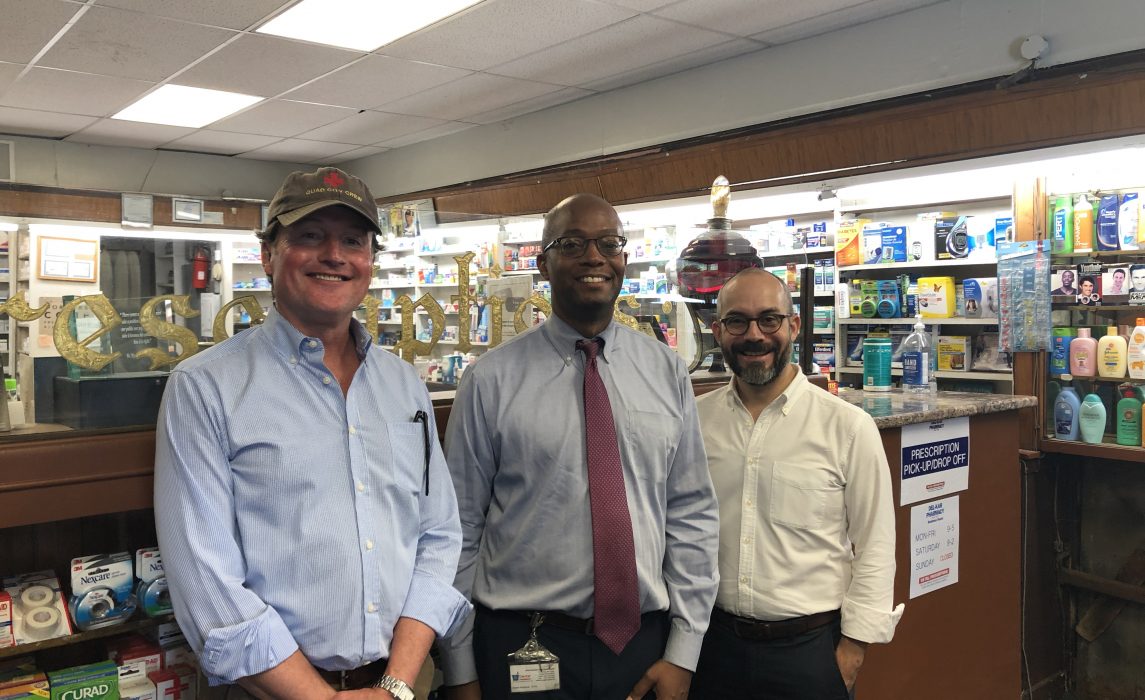 The West Side floods often. A severe rainstorm in 2013 resulted in more than 6,000 area residents applying for FEMA aid. These new green spaces will collect and redirect stormwater to help reduce street flooding.

The city had funds to design and build the spaces, but did not have the resources to maintain them. Bringing the community into the design process ensured that the new infrastructure met the communities’ needs, and that residents would feel invested and more inclined to care for them.

“The city’s response was impressive,” said Annamaria Leon, one of the co-founders of Homan Grown, speaking of the design process for the new gardens. “They took all of the suggestions we had and even asked us for more suggestions. I cried when I saw the plan because I could see what this would mean to the community, and what was now possible.”

The effects of the new infrastructure go far beyond reducing flooding. “When we’re weeding in the garden, there are people that come and say, ‘Thanks for doing this.’ It just makes my day,” said Leon.

And Muldrow recently received a grant to grow his small business.

“If you invest in the people, you change the mindset,” he said. “My building’s got curb appeal now. It’s simple but it takes time.”