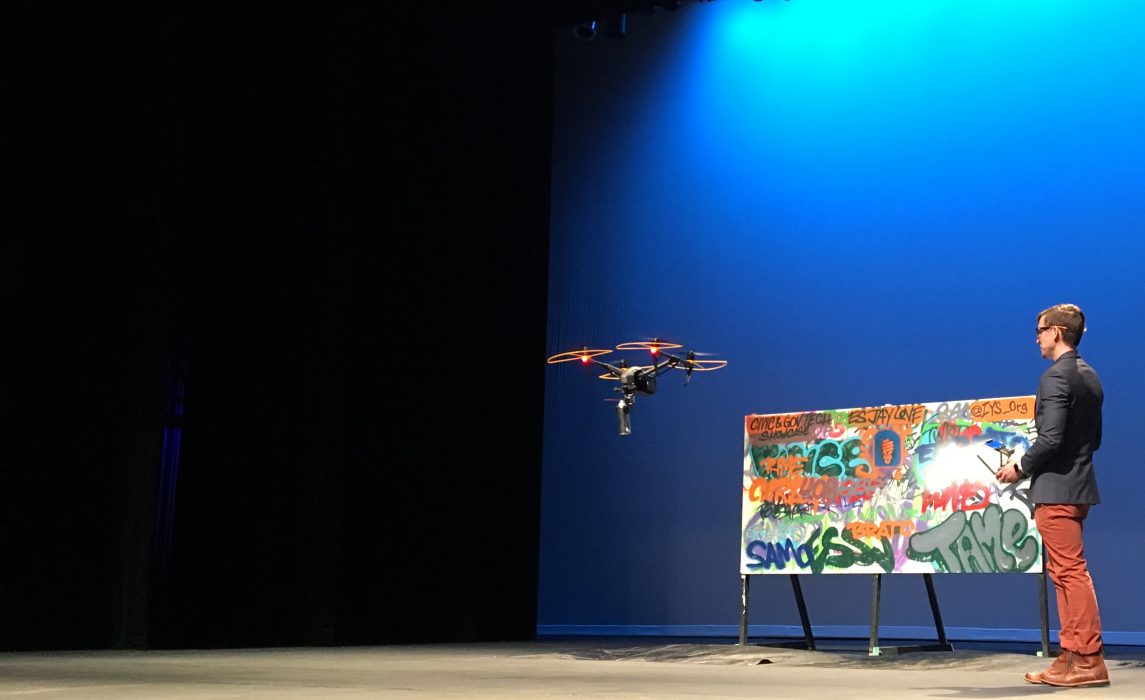 When Chris Farmer learned about San José’s Unleash Your Geek competition from an online mailing list, he didn’t know how to build a drone or fly one. But he had an idea.

“As entrepreneurs, half the battle is finding someone who will use your idea,” said Farmer. “The City of San José has stepped up and said, ‘We will be the testing ground if you can bring the right idea.’”

One of 140 entrants into the competition, Farmer learned how to build a drone and got a license to fly it. He and his team prototyped the drone in his living room, using Legos and bags of coins to test airflow and weight requirements.

The city wanted to make sure that their competition actually produced something useful and didn’t just end with a good idea that never made it to production, so they partnered with the patent office, a startup incubator, and Caltrans, the California Department of Transportation.

“It’s not just enabling innovation, but challenging us as a city to think differently about how we approach things,” said Earl Sherman, Caltrans maintenance manager. Caltrans is now imagining new uses for drones, such as surveying bridges. This highlights the potential for citizens to influence municipal operations beyond their initial engagement.

Farmer’s drone won the competition and he is now working together with Caltrans to prototype a new version of the drone that will crawl up walls to safely and easily remove graffiti, saving the city money and time.