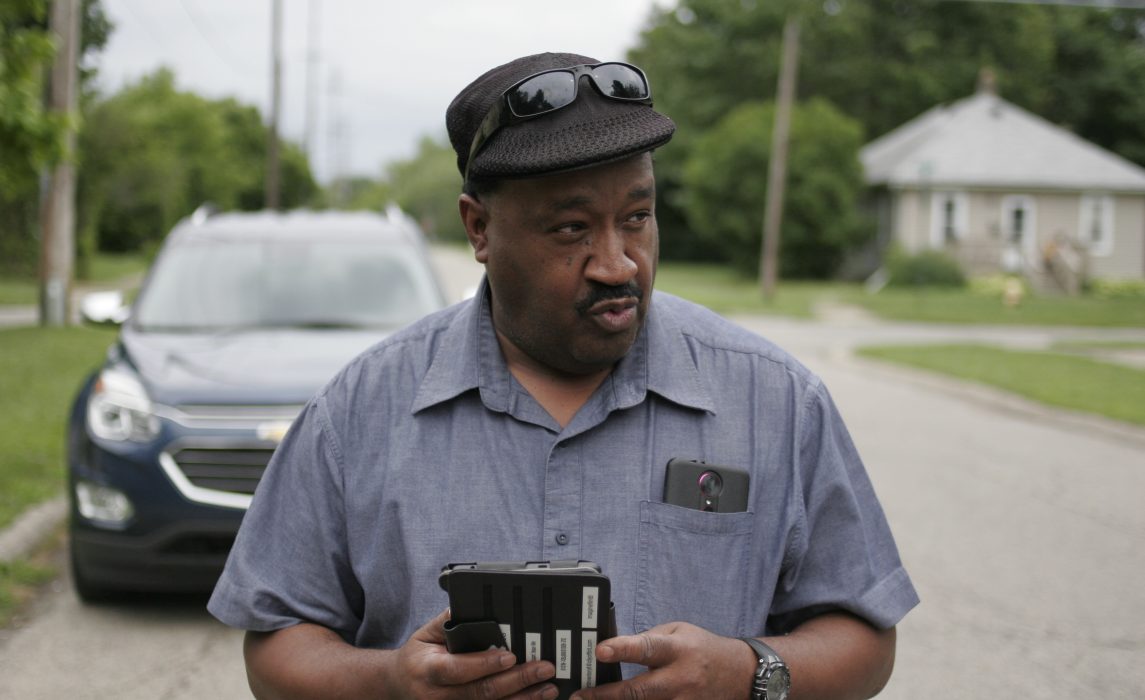 LW Miller gets off the night shift and into his car with a magnet on the side that reads “Flint Property Portal.”

A former Marine and longtime Flint resident, Miller is a regular participant in the Flint Neighborhood Inventories, during which community groups inventory every property in the city over the course of several weeks. He also operates a nonprofit that supports young men called Men of Tomorrow.

“My staff and I enjoy helping out in any way we can,” he says. “We’ve done it all over the city of Flint.” If the weather is nice, they’ll walk, and other days they’ll drive, taking photos of each property and updating the information via the Flint Property Portal app.

The city provides mini-grants and training to organizations that participate in the Neighborhood Inventories. Miller and his staff have been trained to rate the properties on a scale of one to four, one being good and four being sub-standard. If the lawn hasn’t been mowed and the paint is peeling, it might receive a two. If there are holes in the walls, the roof is sagging, or there is fire damage, the property receives a four.

“This is where I live, and we do what we do to make things better. People in the city of Flint are real fighters.”

There are a lot of fours. Flint has lost 50% of its population since 1960, leaving one in three properties vacant. The water crisis only exacerbated the situation. While many of these homes may never be filled again, residents are helping to collect information so they do not remain eyesores.

The city has used the information collected by residents to inform its blight elimination plan. The data collected by residents helped the city receive more than $60 million in U.S. Treasury Hardest Hit Funds, which have been used to demolish more than 4,000 blighted structures. Without assistance from community members like LW Miller, the city would not have the data or resources to deal with the problem.

More than 1,000 people have participated in the Neighborhood Inventories. Other residents report issues through the Property Portal as they encounter them, such as litter or fire damage, or use the portal to find information about blighted properties in their neighborhood. To date, residents have submitted nearly 120,000 property messages to the portal, and city staff another 70,000. 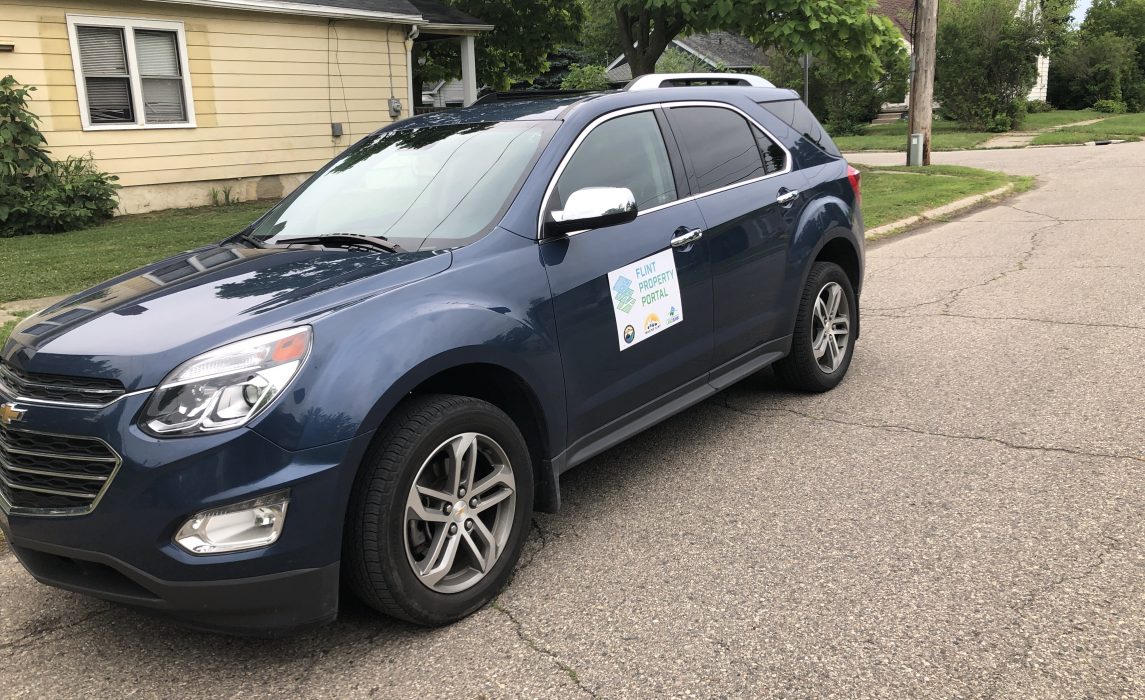 Edna Sabucco has participated in five inventories as part of the Eastside Franklin Park neighborhood group.

“It’s nice to be able to know if there’s a problem with a property down the street – who owns it,” she added. “You can go down to the land bank or you can reach out to the blight department and get things cleaned up.”

Her group has also worked with the planning department to create a Neighborhood Plan, beginning with a neighborhood assessment using the Flint Property Portal data. They canvassed their neighbors and ultimately came up with strategies for improving the area. Using their Neighborhood Plan as a guide, the group worked with the city to fix some sidewalks, board up the windows of abandoned buildings, and create a new park with fruit-bearing plants and a pavilion.

“My staff and I enjoy helping out in any way we can. We’ve done it all over the city of Flint.”

Sabucco feels the Flint Property Portal has made a big difference in her neighborhood and in Flint.

LW Miller, likewise, believes that the program has made an impact and that it’s important he and his neighbors can be a big part of the change.

“Every city should be participating in this,” he said. “This is where I live, and we do what we do to make things better. People in the city of Flint are real fighters.”