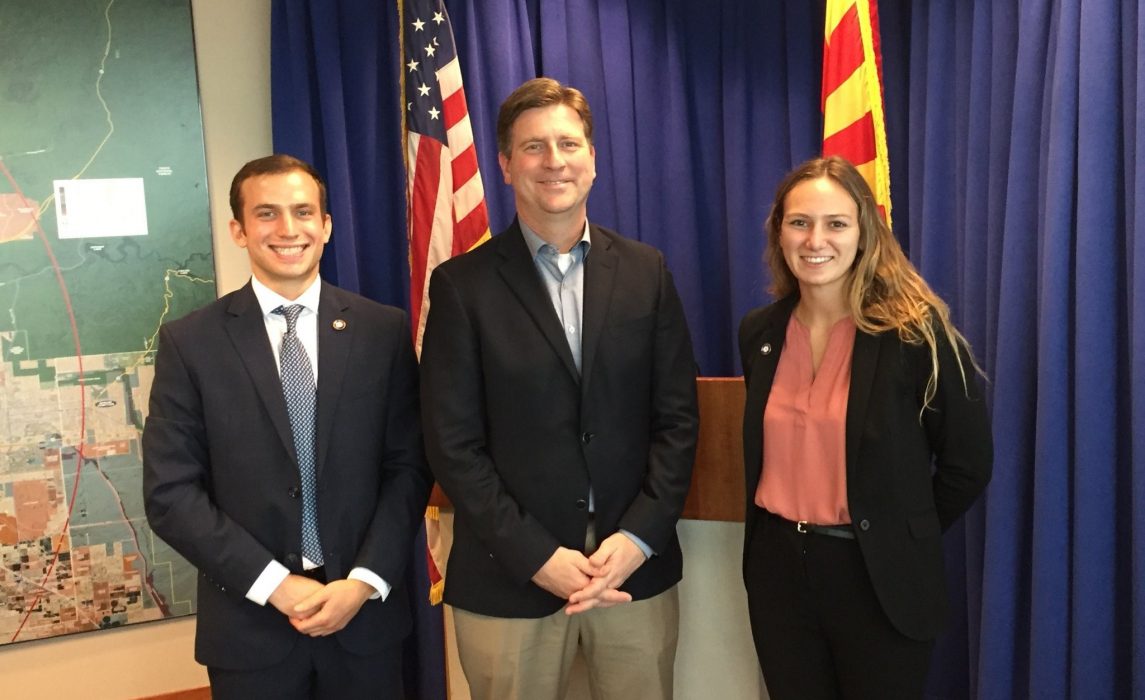 Can you tell us a little about your work in Phoenix?

I was born and raised in Phoenix, Arizona. I feel really connected to the city and the people there. I first met my supervisor [Chief Service Officer Michael Hammett] working in a restaurant in Phoenix. I went from serving Michael pancakes every Sunday morning to working with him. He was–still is–a really incredible mentor. Working for city government was one of the first times I was surrounded by people who were politically and civically involved. It was a new experience and I found I really liked it.

I was a part of the third year of Love Your Block in Phoenix. We were focused on growing the program so we set a lot of goals for fundraising and getting more applications from neighborhood groups for mini-grants. We sat down with the neighborhood specialists–those are the liaisons between city government and the residents–and they all pulled out their little books and gave us contacts to help us begin building our own relationships with the community. Being a local, I was also able to leverage my personal connections to build relationships and help grow the program. We had 150 percent more applications in the third year than in the previous year.

What were some of your favorite moments?

There were two adjacent neighborhoods we worked with: one was a repeat grantee and the other group was new to working with the program. Both groups had new leadership and shared similar goals for their tree planting and urban gardening projects. We were able to connect the neighborhood leaders and they began volunteering at each other’s events and becoming resources for each other. The projects were so much more robust because of it. To see two neighborhoods that were separated by Central Avenue–which is a main, busy street–share their skills was a really cool moment.

Everyone–city officials, staff, and constituents–is living in the same place. It makes sense for citizens and city government to work together.

There was another time we were at a tree planting and there were extra trees. A neighbor who spoke Spanish came up asking about what was going on and the project leaders told her that she could have a tree. One of the project leaders was speaking to her in Spanish and they realized they lived directly across the street from each other. We talk a lot about neighbors meeting neighbors at these projects and I got to see neighbors who lived right across the street from each other meet for the first time.

Could you talk about your current role?

Now, as the Cities of Service AmeriCorps VISTA leader, I have monthly calls with all [20 VISTAs serving in 10 cities]. I can talk to some of them for an hour because they want to chat about all the little things. Some VISTAs come with pointed questions like, “How do we plan the grant orientation?” and “How do I create a budget?” It’s definitely fun to get to work with 20 individuals who think very differently.

It has made a big difference that I know Love Your Block intimately. I’m talking with the VISTAs about what the next steps are and thinking about logistics: “Do you have a memorandum of understanding between the city and the grantees?” “What kind of reporting documents does the city want from grantees?” I’m able to bring that level of detail and knowledge because I’ve seen it on the ground and got to be a part of a program that was three years in and working well.

I’ve definitely seen VISTA members’ confidence grow, which I know is something that happened for me during my year in Phoenix. It’s really cool to see people be invested and really care about the program and the residents that they’re working with. 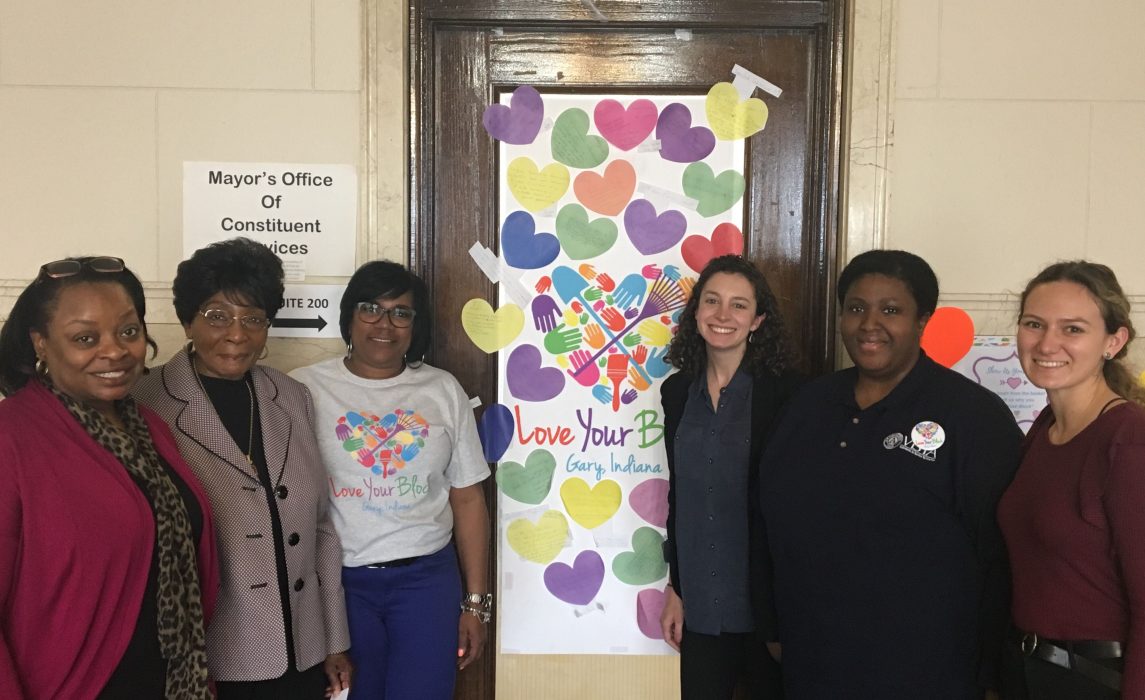 Why do you feel like the work you did in Phoenix and do at Cities of Service is important?

I’ve learned that I love everything that city government does for constituents. I like how much positive impact city government can have. My experience further confirmed that I want to continue working for organizations that have a tangible impact on society and people’s lives on some level. In Cities of Service meetings we’re always asking: “What’s the purpose?” “What’s the impact?” “What’s the greater goal?” Asking these questions has helped me connect the day-to-day work to the impact on people’s lives.

At the end of the day, everyone–city officials, staff, and constituents–is living in the same place. It makes sense for citizens and city government to work together.

Cities of Service also gives leaders in government who are really passionate an elevated platform. At the Love Your Block Academy, I got to see all these people–who have a lot of influence in government and thus over people’s everyday lives–sit in a room and share how they are engaging people and how they are building trust in their communities. That’s something that I think Cities of Service does well and it’s really special.

What is some of the advice you give to AmeriCorps VISTA members?

As a VISTA, you can hear a lot of, “We’ve always done it this way,” and it’s hard to get people to change because it creates more work. But it’s work that is necessary. Most governments don’t have the luxury of making mistakes, but nothing will ever change or get better if you don’t try something new. I think VISTAs can play a unique role advocating for and trying new things in city government.

Your actions reflect on the institution–which is something that’s really cool–to get to be a part of something so much bigger.

Part of overcoming this challenge is learning the history. Why have things always been done this way? What other elements are at play? That’s true with residents as well. It wasn’t something that I was good at at first. I was in a meeting where we were talking about what kind of work we were going to do on a garden. At one point someone just called us out and was like, “Whoa, whoa, whoa. We’ve been here a lot longer.” We had a separate meeting and he shared the history of the neighborhoods with us. It was a moment of realizing how you need to know the history of the communities or the department and that can help you understand and stay patient when there’s push back.

Another challenge is spending time to think through things before you act. A lot of times VISTAs come into these positions and they want to do, do, do and forget that it’s not wasted time to sit there for an hour and think through what would be best – doing things with a purpose and not putting things into action just because you are ready to go.

It’s easy to forget when you’re in city government that you’re no longer just representing yourself. People see you as “The City” and the other organizations who support your work. At the end of the day, your actions reflect on the institution–which is something that’s really cool–to get to be a part of something so much bigger.