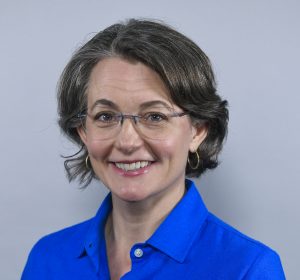 Jennifer Bradley is the founding director of the Aspen Institute Center for Urban Innovation and a member of the Engaged Cities Award review committee. As part of an ongoing series, we asked her a few questions about the award and her own work.

As you know, the Engaged Cities Award aims to find and elevate some of the most successful, diverse ways that city leaders are actively engaging their citizens to solve critical public problems. Why do you think a recognition program like this is important?

It’s important to give other cities good models of what really deep citizen interaction–recognition, learning from, learning with–looks like, so people in other cities have a higher standard in mind as they create their own citizen engagement or interaction efforts.

I love learning about what cities are doing. I fall in love a little bit with every city that I start to get to know, and I was happy to have this occasion to see what’s happening around the world. I am eager to get a wider array of cities on my radar screen. I find that if cities are doing something really interesting or thoughtful or values-based in one area, they’re probably going to be doing it in another area. So it’s good for me to have a larger array of reference cities when I start to think about who is doing interesting things with technology or to change their relationships with citizens. The more I know about what’s happening with citizens, the better I’m able to do my work.

Cities can build trust by saying “We have failed in the past.” And reflect back the lived story of neighborhoods.

One of the results we have seen in our work with cities is that those who successfully engage their citizens to solve problems also build trust with their citizenry. How do you think city leaders can engage citizens in ways that build relationships and trust with diverse communities?

Transparency is huge and that includes admitting when you’ve made mistakes in the past. Even the recent past, like yesterday or this morning. Being able to come to communities and neighborhoods and say, “We don’t have all the knowledge. Here are some of the constraints on our actions. How can we work together to deliver something that meets your needs? Let’s come together as partners, not as people with power and people without power. Let’s see what we can do together.”

In other work that I’ve done we talk about the norms around innovation and experimentation, and those include failing. You won’t get it right the first time all the time. Cities can build trust by saying “We have failed in the past. Some of those failures were very well intentioned, some of them were not.” And reflect back the lived story of neighborhoods. The official story and the local story may never entirely line up, but the more those two stories can harmonize, the more that the local story is recognized and valued–that goes a long way towards building trust.

I know you’ve done a lot of work in the area of civic engagement. What are you working on now that would be interesting to people who care about helping citizens and cities collaborate to solve public problems?

Right now, technology gives cities and residents more reasons and occasions to talk to each other.

When people see that there are makers like themselves helping shape technology and infrastructure, I hope that they would feel a little bit better about their relationships with the city. I hope that as the city itself becomes more digitally activated that people feel that they have more opportunities to engage. I would love to work with a bunch of other smart people to think about how to make procurement a little bit more of a public, transparent process.

Can you tell us a story or example from your own work that illustrates how technology can be used to help citizens and cities collaborate to solve problems?

There’s no particular platform that anyone is using that is vastly superior to any other platform.

Because a lot of the technology is new and it’s causing a change in what the daily patterns of city life can be, it is creating more and more rapid opportunities for cities and residents to start talking to each other. If you think about something like scooters–residents get pretty exercised about scooters. They get pretty exercised about the little sidewalk bots that we were piloting for deliveries in D.C. Right now, technology gives cities and residents more reasons and occasions to talk to each other and perhaps that will then encourage them to have better, more robust, more respectful ways of communicating.

Technology is going to change how government sees its role and it will become a trusted intermediary, I hope, between residents and the tech center. The only way it will do that is by being in constant dialogue and communication.