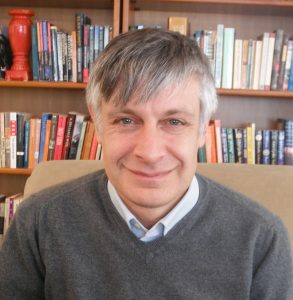 Peter Levine is Associate Dean for Research and Lincoln Filene Professor of Citizenship and Public Affairs at Tufts University’s Jonathan Tisch College of Civic Life and an Advisor for Cities of Service. Hengee is serving on the Engaged Cities Award review committee for the second year. As part of an ongoing series, we asked him a few questions about the award and his own work.

Cities have an enormous potential to unleash civic energy, to engage people in improving the world. We see lots of exciting civic work around the world, but that’s not widely recognized at a moment when people are more focused on the dysfunction of various national governments. So it’s important to draw attention to excellence in civic engagement at the city level.

One of the results we have seen in our work with cities is that those who successfully engage their citizens to solve problems also build trust with their citizenry. Why do you think city leaders are especially equipped to build these relationships?

It’s important to draw attention to excellence in civic engagement at the city level.

Cities are doing a better job of building trust than national governments partly because they actually deliver–and are held accountable for actually delivering–concrete benefits to people,  so the connection between the leaders you elect and the work that gets done is clear. That link is not as clear with national governments. You can’t tell as easily what your national government is doing for you. It’s remote and a lot of conflicting powers have a stake. When a city does a good job and engages people, it’s tangible and it pays off in trust.

What did you find surprising about the applications you read last year when you served on the 2018 review committee?

They were surprisingly varied in their approaches and that shows you that there are lots of ways to push civic engagement. They also came from many different kinds of cities in different sorts of places. Santiago de Cali in Colombia is dealing with a very high level of violence. A lot of people would assume that would make civic engagement impossible but they have tremendous civic engagement there. Both the diversity of the strategies and also the fact that excellence can come from difficult circumstances stood out to me.

It’s a privilege to sit on the review committee because you get to read more than the public gets to read and a lot of the ones that don’t win are actually very good, too, and offer a chance for me to learn about what good practice is.

Can you tell me an example from your own research that illustrates why this kind of citizen engagement is so important?

We know from national research that looks at lots of cities at once, that cities where there is civic life do better–in everything from smarter environmental sustainability policies to being more economically resilient. Some years ago we compared Minneapolis-Saint Paul with another city because Minneapolis-Saint Paul had the highest civic engagement of the top 50 American cities. We found that Minneapolis had a long history in its distributed responsibility for civic engagement. It did a better job in different domains of city government and that made a difference to the quality of life in Minneapolis.

When a city does a good job and engages people, it’s tangible and it pays off in trust.

You’ve done a lot of work in the area of citizen engagement. Is there anything you are working on now that you think would be particularly interesting to city staff working with citizens to solve problems?

I’d like to give a shoutout to Lead for America and also to the whole frontier that’s trying to make space for new and talented and diverse city staff. That is something that is important to me, and I’m helping them plan their training for their incoming fellows. And Cities of Service is co-sponsoring Frontiers of Democracy at Tufts this summer. Anybody can come and that may be a valuable gathering for people interested in this kind of thing.

Are there any exciting recent findings that you’ve come across in your own research that illustrate why citizen engagement is so important?

There was a massive study of life in Chicago–it was a longitudinal study called the Project on Human Development in Chicago Neighborhoods. It was one of the most ambitious research projects in the late 20th century.

We’re looking back at the data to see whether the civic engagement of adolescents in their neighborhoods makes a difference on the quality of life of the neighborhood. We’re finding that on the whole that it does have a powerful impact. It makes neighborhoods better, safer, healthier places for kids.