Skate the River: A Community Event in Minot, North Dakota

Earlier this month, residents in Minot, North Dakota gathered at an event on the frozen Souris River.

Minot’s historic river culture is being renewed by a community group known as Friends of the Souris River (FSR). In January, the group began work on a skating trail in Eastwood Park. The area is notable not only for being one of the city’s oldest neighborhoods, but also sits along an oxbow—a bend in the river.

Back in May 2017, over twenty citizen volunteers participated in an FSR-led cleanup to remove trash and debris from this oxbow. Together the volunteers collected 1,500 pounds of waste. 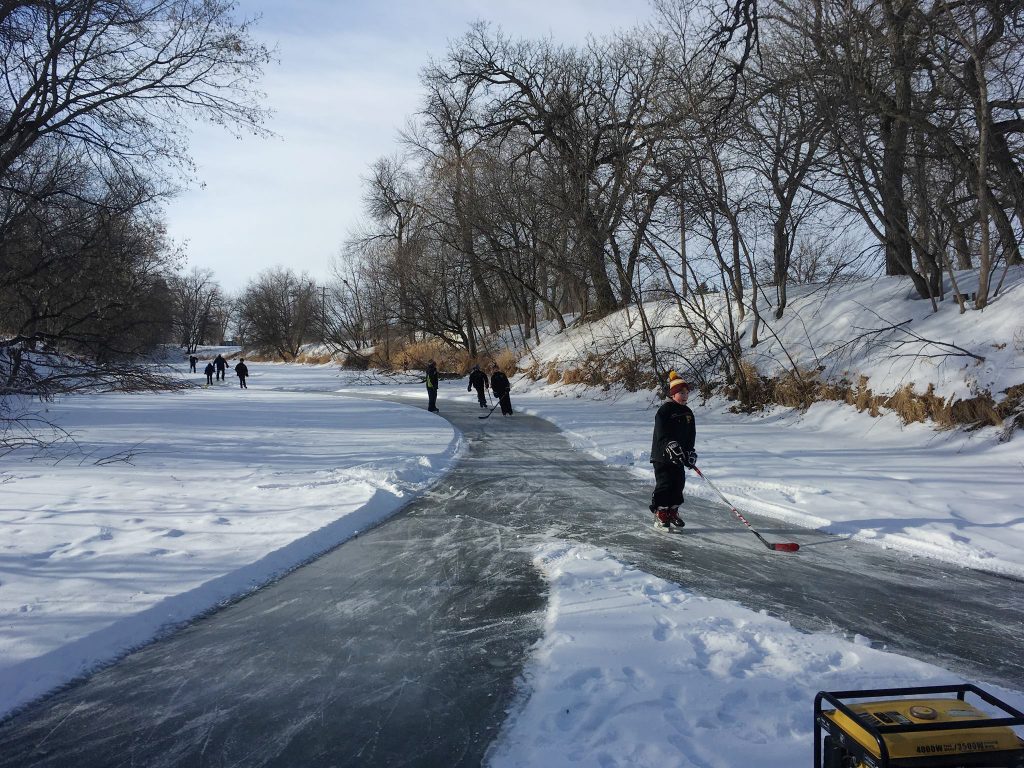 The fruits of their labor are now paying off as the river has been transformed into a place for recreation. FSR group members removed snow from the river’s frozen surface and used a homemade Zamboni to smooth the ice in a zigzag pattern. Ackerman-Estvold, a local civil engineering firm, surveyed the area and installed stairs on the river bank to create access points onto the trail. The Dakota Fence Company donated the materials that were used to build the stairs and accompanying platforms for skaters to put on their skates. The completed trail at just about 2 miles long is free and open to the public for use.

FSR planned an event to celebrate the skating trail’s completion on Saturday, February 10. On the day of the “Skate the River” event attendees were entertained by a live music performance from Melissa Spelchen. Everyone had the option of bringing their own skates. Some adults who brought their kids simply walked along the path while their kids skated and played. When people took breaks from skating they sat at picnic tables positioned around a fire pit. There they sipped on hot cocoa and ate pizza while music played in the background.

Since the trail was first completed in January, some people have taken the time to enjoy the trail more than once.

Jordon Lakoduk returned to the trail a second time to skate the river. “The only excuse for saying there is nothing to do in the winter is if you are really stubborn and you don’t find things to do. So I think more people need to embrace the fact that we know every year that we’re going to have five, six months of [cold weather], so go and get some cross country skis—go rent some—[or] get some skates, come down, and skate on the river. We’re building a little subculture of community today and we’re all having a good time,” said Lakoduk.

Scott Mai attended the event with his son, Michael. Mai teaches skating to kids at the Maysa Arena in Minot. “Sometimes we are so used to smooth ice that we forget what skating on the river is like, so it’s nice to get back to that,” said Mai. Michael added that he thought the skating trail was “awesome.” 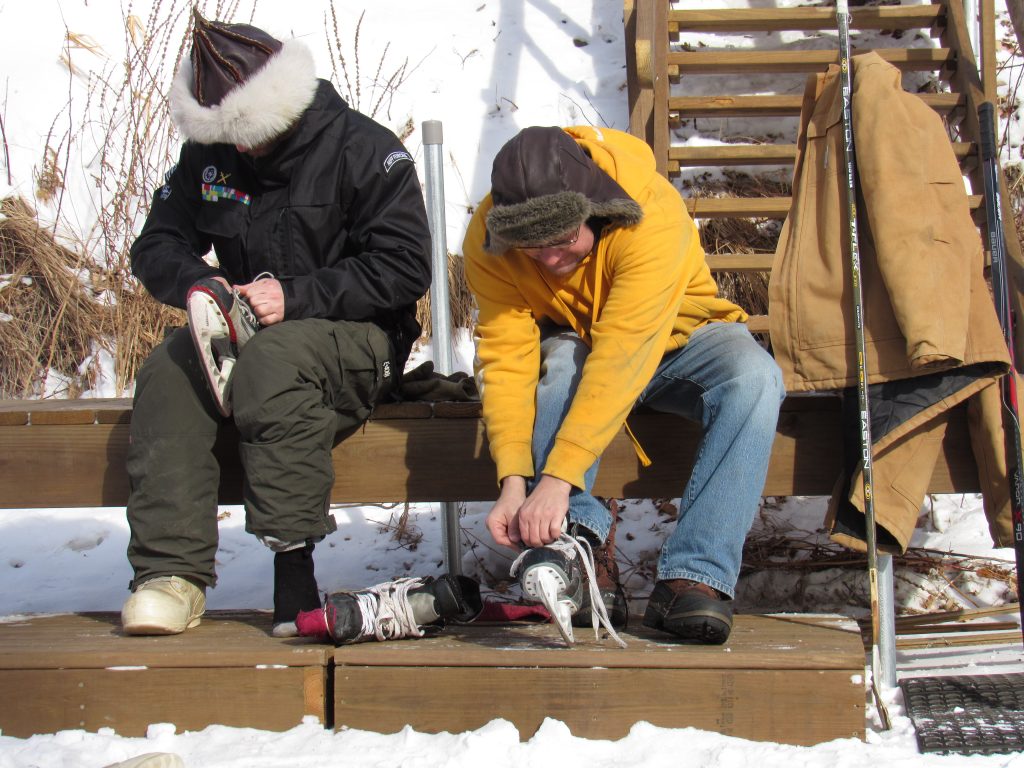 “The nice thing is when the trails were set up this year they were set up similar to a cross country trail—you could skate a loop—and then there were some areas that were widened out where the kids, if they wanted to bring a stick and a puck, could play some hockey,” Mai continued, “so really all aspects of skating could be enjoyed down here.”

FSR member Shannon Straight described the impact of the day’s event. “Skate the River really showcase[s] the strength of community partners working together to improve the quality of life here in Minot. Kids, adults, and families will have lasting memories as a result of the fun-filled day on the river,” Straight said.

FSR had been planning the skating trail for some time. This past fall, the group submitted a grant proposal to the United Community Bank’s Community Wish List grant competition. In the proposal, FSR sought funds to finish the trail, which they had started last winter. FSR was selected as one of three finalists; after a week of online voting by local residents the group earned second place and received $1,500. The completion of the trail has presented an opportunity to promote the river as a place for recreation.

Winter recreation activities are being organized by other community organizations in Minot. The Sunrise Rotary Club and Minot Park District teamed up to organize the third annual Winterfest on February 11. Some of the activities included snowman building, tractor rides, and sledding. FSR’s Skate the River event added to a weekend of outdoor fun in Minot.