Strengthening Cities Across America: Stories from the Ground 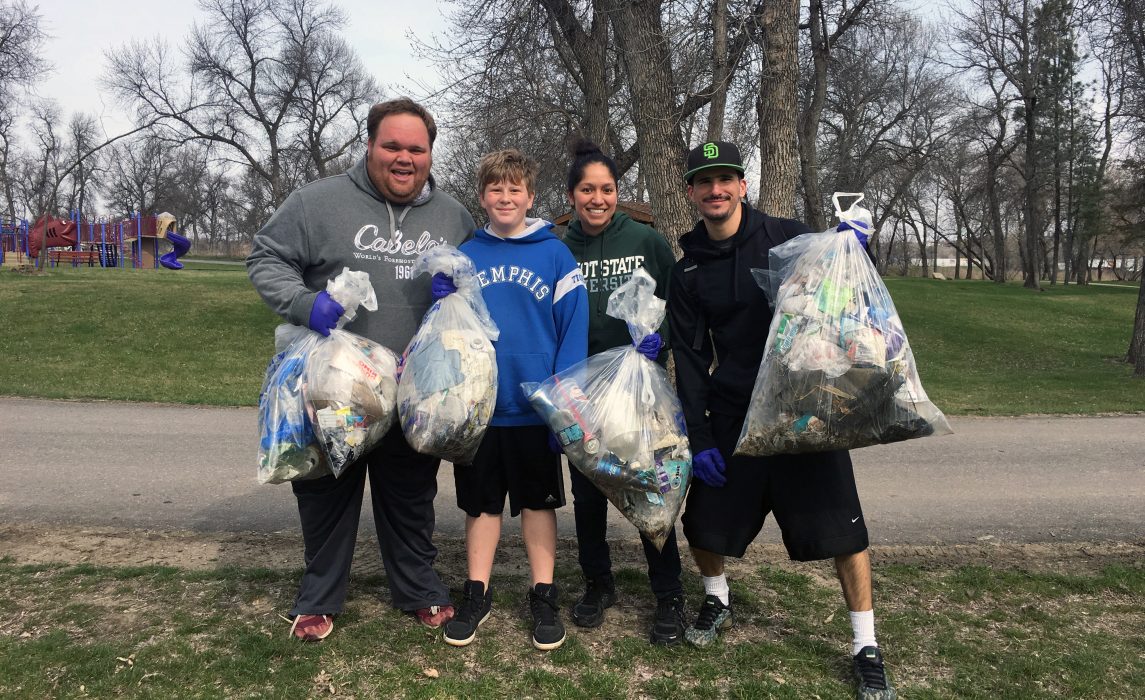 Volunteers in the United States take pride in the trash they’ve cleaned up from the banks of the river. Photo Credit: Nancy Simpson/City of Minot/Cities of Service

This article originally appeared on zillient.org

cross America, cities are adapting to thrive in the 21st century. In January 2016, the Cities of Service Resilience AmeriCorps program embedded volunteers in the city halls of 10 cities across the United States with the goal of tapping the power of citizens to solve pressing local challenges.

Explore our Building Resilience Stories to learn how members of “Volunteers in Service to America” (VISTA) engaged citizens and local partners to build and sustain resilience in these communities.

The Problem: Residents living paycheck-to-paycheck often lack the savings to recover from an emergency. In a city that sits along 144 miles of shoreline, Norfolk residents frequently experience severe weather events, placing added stress on under-banked residents.

Sustained in part by the Resilience AmeriCorps VISTAs in Norfolk, this course is taught by citizen volunteers who provide a comprehensive financial education to participants, helping them create financial plans, reduce debt, and improve their credit scores. Participants from the first graduating class reported an average increase of $3,858 in retirement savings and a total debt reduction of $15,207 per person. By supporting a financially stable population, Norfolk is building resilience to become the coastal city of the future. Read the story.

The Problem: For more than three months of the year, the temperature in Phoenix can rise to over 110 degrees. Unfortunately, the people who feel this heat the most are low-income and homeless residents, including those who depend on public transportation to get to and from work. Residents who are unaware of cooling stations throughout the city can suffer from heat-related illnesses and sometimes death.

Working with city officials, community organizations and 40 citizen volunteers, Resilience AmeriCorps VISTAs developed “We’re Cool” to raise awareness of local services. The team handed out over 1,000 cooling station maps and secured advertisements on 500 buses and metro stops. In addition, the VISTAs initiated a tree-planting program, which will increase shade throughout the city. Read the story.

The Problem: The vast majority of Alaskans rely on food and goods imported through the Port of Anchorage. Even a minor logistical disruption at the port can mean no milk at the grocery store. The port’s aging infrastructure, coupled with damage from severe weather events, has emphasized the need for food security in the state.

The Solution: A greenhouse to support a new resilience and food security curriculum.

Collaborating with the Mountain View Elementary School, city hall, skilled citizen volunteers – including carpenters – and other community organizations, the Resilience AmeriCorps VISTAs built a school greenhouse and developed a curriculum to educate students about how to grow their own food. Read the story.

Networking for Preparedness in Boulder, Colorado

The Problem: In 2013, the City of Boulder experienced extensive flooding after the “thousand-year storm”, which brought 16 inches of rainfall in just four days—nine times the monthly average. This storm caused extensive flooding and damage throughout the city. Communities that are unable to self-organize can struggle to recover after such a crisis.

The Solution: The “Better Together” workshop series, which focuses on building a network of resilience among neighbors.

Created and hosted by the city and the Resilience AmeriCorps VISTAs, these workshops familiarize participants with city resources and teach them how to create emergency management plans, thereby developing citizen volunteer leaders who can leverage neighborhood relationships to help their community bounce back after a disaster. Read the story.

The Problem: The Souris River in Minot has flooded several times in the last century. The most recent flood in 2011 caused nearly $700 million in damage. As a result, residents of Minot viewed the river as a danger rather than an asset.

The Solution: City-led, citizen-powered river cleanups that removed debris that was increasing flood risk and polluting the environment.

Coordinating with the city, community groups, neighborhood associations, and individual residents, the Resilience AmeriCorps VISTAs organized river cleanups that brought together more than 200 citizen volunteers. So far, volunteers have removed more than 15 tons of garbage through three cleanup events. The VISTAs are also working with city hall and Friends of the Souris River to take greater measures to reduce flood risk, including engineering flood control structures. Read the story.

Cities of Service is a national nonprofit organization that helps mayors and city leaders tap the knowledge, creativity, and service of citizens to solve public problems and create vibrant cities. Learn more here.