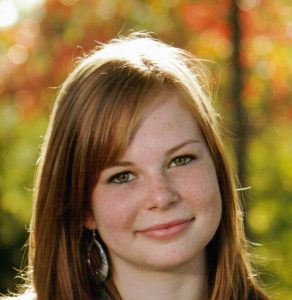 As a Resilience AmeriCorps VISTA in the city of Norfolk, Katie White expanded existing partnerships and engaged residents in the city’s resilience programs, including the Retain Your Rain initiative, which aims to build neighborhood resilience by reducing localized flood risk. After her term of service, Katie was hired as the Resilience fellow in Norfolk’s Office of Resilience. She has transitioned from supporting to leading the city’s green infrastructure projects and Bank On Program, a program that builds the financial resilience of residents in order to strengthen the city as a whole.

What attracted you to your new position?

I was excited to continue to build upon the foundation that was created during my service year and build upon the relationships that I was able to develop, and to work with residents to build more resilience.

How do you think your service year prepared you for leading these projects?

It really allowed me to get to know the community and the residents and what their needs and wants are from the city. Coming in with that knowledge and the history of the relationship between the city and the residents was super helpful. Additionally, being able to build crucial relationships during my service year that I’m using now in order to further these programs definitely prepared me. I was able to build upon my community engagement skills and also navigate city government and learn the processes—that was extremely helpful.

In what ways are you promoting resilience and citizen engagement in your new role?

My job is to lead programs that build neighborhood resilience through citizen engagement. A lot of it is trying to get residents to realize their role in building a coastal community of the future. So these projects really are all about having citizens take the lead and bring these initiatives into their neighborhoods, making their neighborhoods stronger, and giving them the tools and the resources that they need to do so.

Read Our Where Are They Now? Series