Cities Collaborate with Citizens to Make an Impact

In the News
By Myung J. Lee, Executive Director, Cities of Service 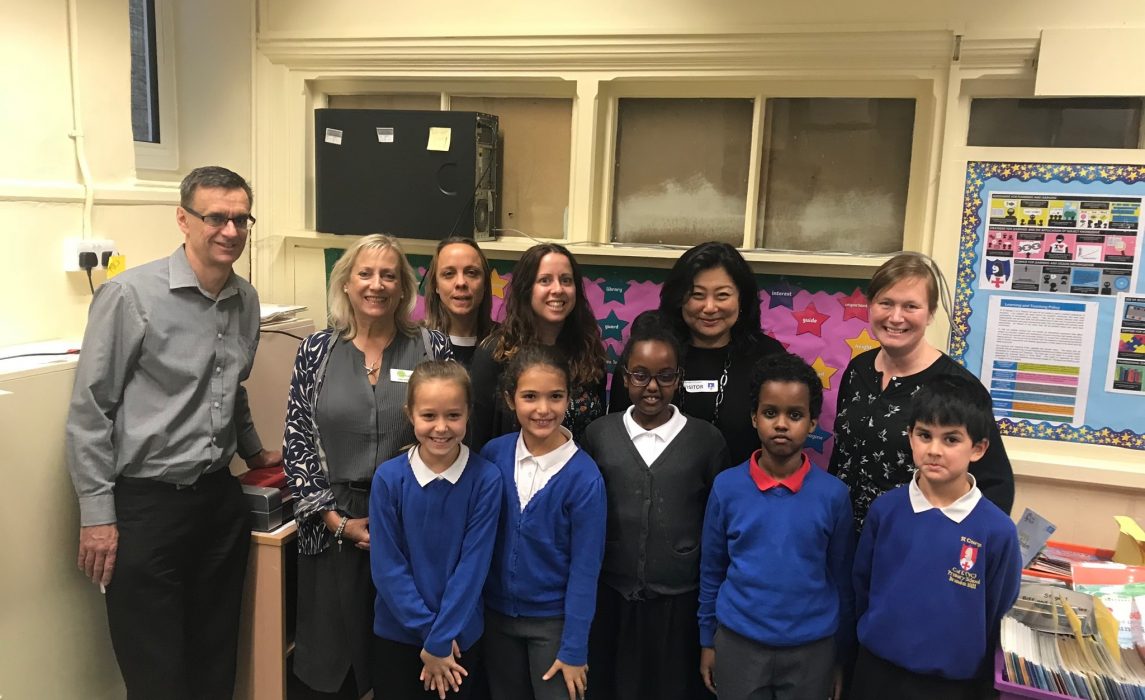 If there’s one thing my work with city leaders around the world has taught me, it’s that the challenges cities face are as diverse as the cities themselves.

In San José, California., for example, a major concern stems from the city’s high cost of living, which has forced many residents to consider less-expensive housing alternatives, including RVs and converted garages. This presents obvious and immediate hardships for these residents, and it worries city leaders as they look toward the 2020 Census. These alternative homes often don’t have addresses, and, for every resident who goes uncounted, the city could lose up to $3,000 in federal funding – money the city needs to help these very residents.

Meanwhile, in Bristol, U.K., the under-5 population has exploded by 35 percent in the past 10 years and, at the same time, test results show that many of the city’s third-grade students are reading far below their grade level. Knowing that the ability to read has a lasting impact on graduation rates and employment prospects, city leaders are reaching for new ways to help their young people catch up.

And, if there’s another thing my work with city leaders around the world has taught me, it’s that the best and most-effective solutions can be found by tapping one of the most underutilized resources out there –citizens. That’s where Cities of Service comes in. Knowing that citizens can play a tremendous role in finding lasting solutions for their cities, we bring local leaders together with residents in order to bolster their efforts to create sustainable impact for communities.

“Local government works better when it incorporates the ideas and talents of its citizens.”

In San José, that means working with the city to engage citizens, nonprofit partners, and a technology company to gear up for the 2020 Census. To help ensure the most inclusive count possible, the city has mobilized volunteers recruited by community-based nonprofit partners to map low-visibility dwellings using a text-messaging tool developed by Community Connect Labs. In one week, over 50 volunteers from six nonprofits canvassed pre-selected neighborhoods as part of a pilot program. They will roll the efforts out on a wider scale in early 2018 to 31 census block groups across 17 tracts. Cities of Service plans to work with other cities to use this strategy for other citizen-powered data collection initiatives.

In Bristol, meanwhile, it means working with the local government to pair local businesspeople with students through a community organization called Ablaze. Last year alone, Ablaze paired 288 volunteers from 22 businesses with 378 students in 33 schools as part of its Reading Buddies program. And while reading programs aren’t new, what’s new is that the city and Ablaze are using data to target the students with the most need. As a result, nearly 100 percent of participating students now report significant increases in reading ability and confidence.

These problems aren’t unique to these cities – and the solutions they’re pursuing shouldn’t be unique to them either. That’s why this year Cities of Service has launched the Engaged Cities Award to surface, celebrate, and share bold approaches from cities internationally. The competition, which is open to every city in the Americas and Europe with at least 30,000 residents, will award one $100,000 prize and two additional $50,000 prizes. Applications are due January 5th and winners will be announced in May.

By recognizing the best – and most replicable – ideas from around the world, our hope is that more city leaders will get to see what I do every day: that local government works better when it incorporates the ideas and talents of its citizens to find new ways to deliver services and solve public problems.