What Does Effective Engagement Look Like? Lessons from Resilience AmeriCorps 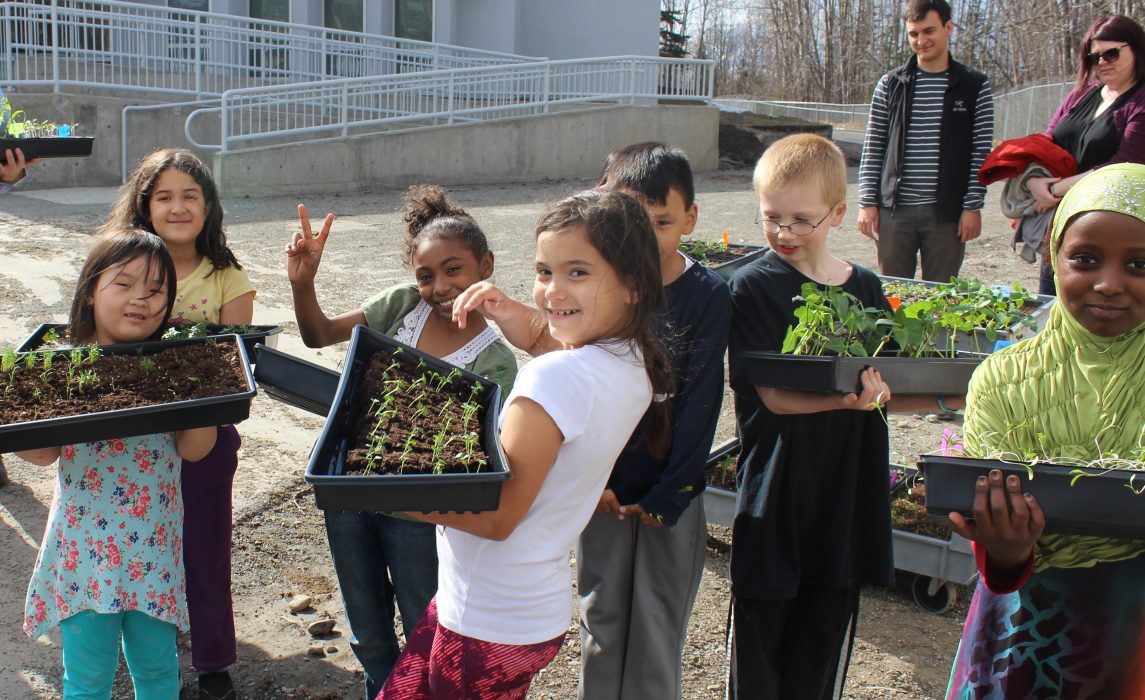 We know that when city government and citizens work together, they are better able to handle challenges ranging from flooding and extreme heat to lack of economic opportunity. But what does effective collaboration between city leaders and residents look like on the ground?

In 2016, Cities of Service launched the Resilience AmeriCorps VISTA program to help city leaders work with residents and foster communities that are resilient in the face of hardship and disaster. We worked with ten cities to plan and implement programs that would empower citizens to build resilience in their neighborhoods. Over two years, Cities of Service provided a $25,000 grant and program consulting services and placed two AmeriCorps VISTA members in each city to build capacity and promote awareness of the programs.

During this two-year period, we gained new insights into the conditions that foster authentic, effective citizen engagement and help build community resilience so that cities can thrive.

Successful projects focus on a public problem that is a priority for city leadership.

Focusing on a problem that is important to city leaders and residents increases motivation and pride for citizens because they know they are contributing to a greater cause. Whether it’s flooding due to clogged waterways, extreme heat, or lack of access to healthy food, the concrete public problem serves as a rallying point for the community and can attract additional resources and support from city hall.

By empowering citizens as partners to meet a challenge together, the city can sustain interest in the initiative and build trust between the public and government.

In Phoenix, for example, extreme heat is a major problem that can cause illness and death among vulnerable populations. With technical assistance and troubleshooting help from Cities of Service, the Phoenix team designed and planned We’re Cool – a volunteer-led awareness campaign about the city’s network of cooling stations where residents without access to air conditioning can get out of the heat, preventing heat-related illnesses and death. Former Phoenix Mayor Stanton, now a member of congress, promoted the effort at a press conference, and praised  the citizen volunteers with an address at the kick-off event. MetroValley Light Rail and the City of Phoenix Department of Public Transit together also donated $31,800 of in-kind advertising space. Participation increased from year to year, with citizen volunteers distributing maps to thousands of residents and better preparing residents for extreme heat. We’re Cool ultimately became part of a larger, ongoing effort that included tree plantings to increase the tree canopy, community resilience workshops, mini-grants to support neighborhood resilience efforts, and other volunteer-led projects to make the city more resilient.

By using the bully pulpit of the mayor or the corresponding chief executive, as Mayor Stanton did, the city can galvanize greater support, reach more people, and ultimately catalyze greater impact on the problem. The city’s role and interest in the program must be clearly articulated throughout the program’s duration so that citizens are aware of the city’s commitment to solving the problem and investment in citizen engagement.

When the city takes the lead on the initiative, it can also align projects with the mayor’s agenda and capitalize on existing programs in the city. By empowering citizens as partners to meet a challenge together, the city can sustain interest in the initiative and build trust between the public and government.

The city team neither took a backseat to other organizations nor did they reinvent the wheel, but brought organizations together under a single initiative to compound their impact.

While implementing its Resilience AmeriCorps program, Norfolk, Virginia, did this well. One of the key resilience challenges in the city was water management, which had long been a priority for city leaders, and the city connected the program to the citywide resilience plan. There were several entities outside of city hall that were trying to solve this problem with green infrastructure. The city team neither took a backseat to those organizations nor did they reinvent the wheel. They created a larger initiative, Retain Your Rain, and brought organizations together to compound their impact, training civic leagues to install green infrastructure, such as rain gardens and rain barrels. Now Retain Your Rain mini-grants are available through the Department of Neighborhood Development Block By Block grant program and experts from partner organizations continue to provide assistance to grant recipients. This strategy also embedded the program into an existing grant program, which ensures the program’s sustainability.

City staff and engaged residents plant native plants in the bioswale during a Resilience AmeriCorps workshop in Norfolk, Virginia. Through the Retain Your Rain program, community groups have installed rain gardens and rain barrels at schools and in a commercial corridor, which have the potential to mitigate 4,100 gallons of stormwater per rainstorm.

Partnerships between city departments are critical.

Collaboration between departments unlocks resources, such as funding and staff time that are necessary for initiatives to succeed. Partnerships can bring citizen engagement ideas to city departments that might not otherwise think to work with residents on their projects. When city staff participate in a successful initiative, they see the ways in which citizens can help them make progress. These partnerships are especially important for initiatives led by small departments that may not have the budget or capacity to implement programs on their own.

In Minot, North Dakota, collaboration was essential to create the city’s first tool lending library. After devastating flooding hit in 2011, the city learned that many residents did not own the necessary tools to repair their homes. Working within the city’s planning department, the Cities of Service AmeriCorps VISTA members came up with the idea for a tool lending library to make a variety of tools available to residents for free. They worked with the Minot Public Library, which is part of the city government, to make the idea a reality. The city’s code enforcement department helped promote the tool library, which is now open with more than 200 tools available to residents and has become a model for other cities to replicate.

Cities should stay nimble and use changing circumstances as opportunities. Sometimes projects may stall, but it’s important to have all your ducks in a row so that when personnel transitions, policy changes, or even unexpected events move initiatives forward, you’re ready.

In New Orleans, the city wanted to recruit residents to help care for the catch basins – storm drains that were often clogged, leading to increased street flooding. City staff designed an Adopt-a-Catch Basin initiative that included an app allowing residents to adopt and care for catch basins and report problems. Five city departments were involved in the project, however, and at times the initiative moved slowly. While waiting for the pieces to fall into place, Cities of Service helped the team plan a series of catch basin cleaning events and identify community networks that could create a system of accountability for catch basin maintenance.

Cities should stay nimble and use changing circumstances as opportunities.

Severe floods on August 5, 2017 in New Orleans were a wake-up call to the city, which mobilized necessary funding to mitigate storm water and brought all the internal partners to the table to launch the program quickly. Due to the groundwork the Cities of Service AmeriCorps VISTA members and city staff had done, the team was ready with the plan for the neighborhood event series, which became the primary outreach strategy for the Adopt-a-Catch Basin program. The community networks led 56 community leaders to attend the first training and work with the city to organize events in their own neighborhoods. As a result of this personal outreach, over 200 catch basins were adopted in the first month of the program. 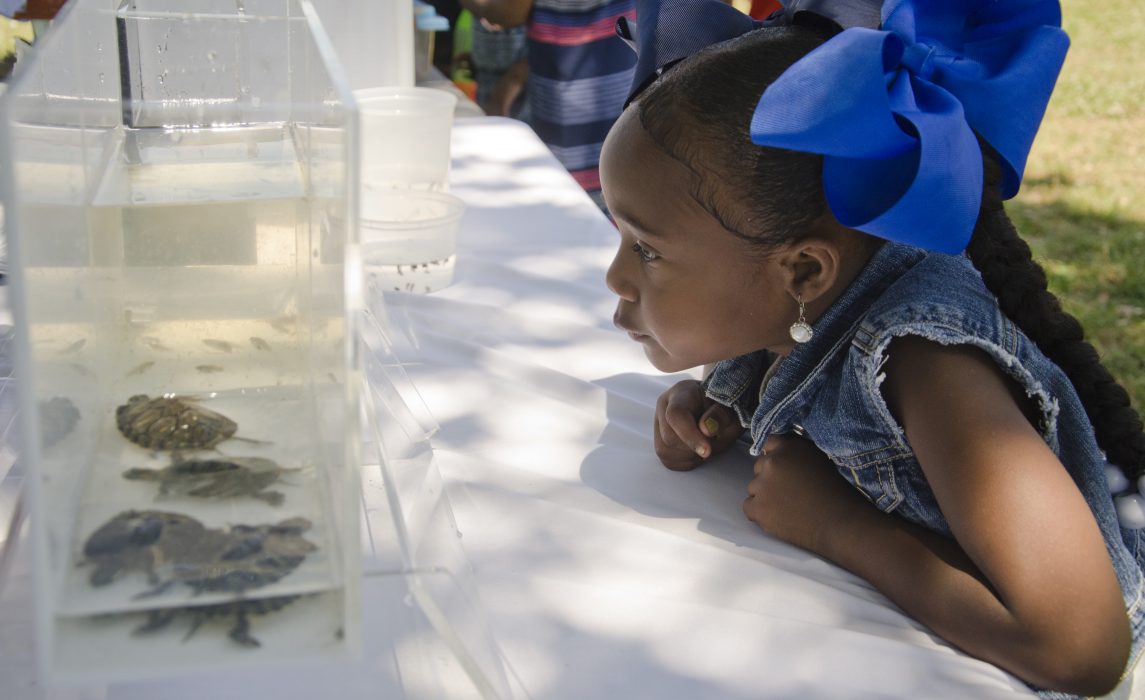 Policy changes may open the door for greater impact.

While designing and implementing solutions to resilience challenges, residents and community groups may find that city policies prevent them from implementing their ideas or expanding their projects. These citizen engagement initiatives reveal where policy changes are needed to allow citizen-led solutions to address public problems more effectively or on a larger scale.

In Anchorage, more than 80% of food arrives through the aging Port of Alaska and the city only has a week’s supply of food on grocery store shelves at any given time. The mayor’s staff and the Cities of Service AmeriCorps VISTA members worked with the community to raise awareness about food security and increase access to community gardens and locally-grown food. In the process, residents found that city regulations made it difficult for residents to sell the food they grew to their neighbors. Anchorage citizens who were involved in these issues engaged in the regulatory process and advocated for changes to the food code that would ease the sale of cottage foods. Anchorage Assembly voted to approve this measure in December 2017, giving small-scale gardeners with excess produce the ability to sell their canned food and preserves, earning extra income and giving more citizens access to local food. The assembly also approved a new zoning ordinance allowing rooftop gardens even if they technically exceed zoning height, making local food production easier for citizens.

These lessons are applicable to every city that wishes to engage residents and increase resilience. Learn more about the program and what each of the cities accomplished by working with citizens.